Get This Book
Visit NAP.edu/10766 to get more information about this book, to buy it in print, or to download it as a free PDF.
« Previous: Summary Report
Page 11 Share Cite
Suggested Citation:"Appendixes." National Research Council. 1999. U.S.-European-Japanese Workshop on Space Cooperation: Summary Report. Washington, DC: The National Academies Press. doi: 10.17226/9758.
×

Some of the speakers chose to write formal papers that documented the history of the mission in which they were involved and the collaborative experience. Others prepared “talking points” or other presentation materials and imparted most of their perspectives on the collaborative experience orally at the workshop. Therefore, the level of detail in the working documents describing U.S., European, and Japanese perspectives on the Geotail, Yohkoh, and ASCA missions (Appendix D Appendix E and Appendix F) varies and is intended to reflect the spirit and intent of the workshop setting. 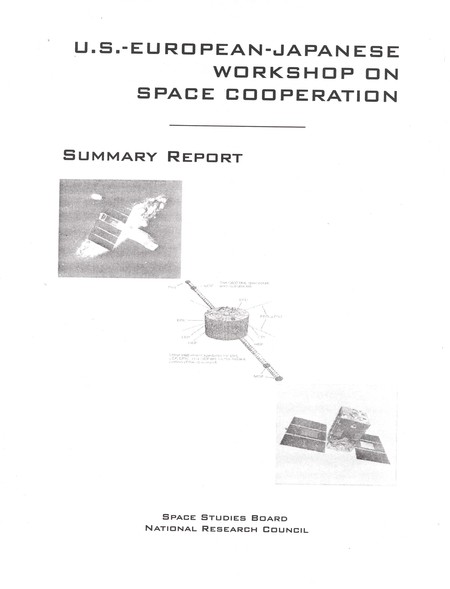