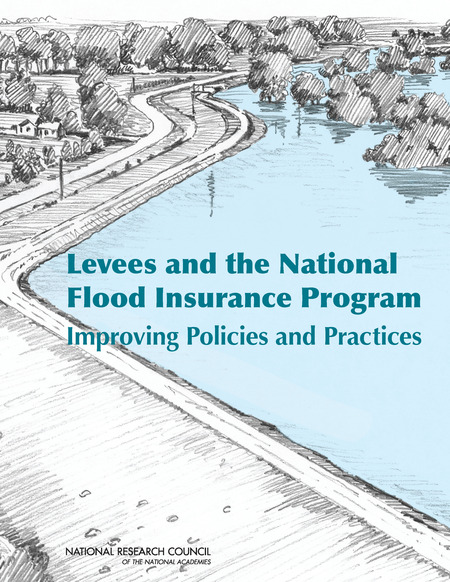 The Federal Emergency Management Agency's (FEMA) Federal Insurance and Mitigation Administration (FIMA) manages the National Flood Insurance Program (NFIP), which is a cornerstone in the U.S. strategy to assist communities to prepare for, mitigate against, and recover from flood disasters. The NFIP was established by Congress with passage of the National Flood Insurance Act in 1968, to help reduce future flood damages through NFIP community floodplain regulation that would control development in flood hazard areas, provide insurance for a premium to property owners, and reduce federal expenditures for disaster assistance. The flood insurance is available only to owners of insurable property located in communities that participate in the NFIP. Currently, the program has 5,555,915 million policies in 21,881 communities3 across the United States.

The NFIP defines the one percent annual chance flood (100-year or base flood) floodplain as a Special Flood Hazard Area (SFHA). The SFHA is delineated on FEMA's Flood Insurance Rate Maps (FIRM's) using topographic, meteorologic, hydrologic, and hydraulic information. Property owners with a federally back mortgage within the SFHAs are required to purchase and retain flood insurance, called the mandatory flood insurance purchase requirement (MPR). Levees and floodwalls, hereafter referred to as levees, have been part of flood management in the United States since the late 1700's because they are relatively easy to build and a reasonable infrastructure investment. A levee is a man-made structure, usually an earthen embankment, designed and constructed in accordance with sound engineering practices to contain, control, or divert the flow of water so as to provide protection from temporary flooding. A levee system is a flood protection system which consists of a levee, or levees, and associated structures, such as closure and drainage devices, which are constructed and operated in accordance with sound engineering practices.

Recognizing the need for improving the NFIP's treatment of levees, FEMA officials approached the National Research Council's (NRC) Water Science and Technology Board (WSTB) and requested this study. The NRC responded by forming the ad hoc Committee on Levee and the National Flood Insurance Program: Improving Policies and Practices, charged to examine current FEMA treatment of levees within the NFIP and provide advice on how those levee-elated policies and activities could be improved. The study addressed four broad areas, risk analysis, flood insurance, risk reduction, and risk communication, regarding how levees are considered in the NFIP. Specific issues within these areas include current risk analysis and mapping procedures behind accredited and non-accredited levees, flood insurance pricing and the mandatory flood insurance purchase requirement, mitigation options to reduce risk for communities with levees, flood risk communication efforts, and the concept of shared responsibility. The principal conclusions and recommendations are highlighted in this report.

Contributor(s): National Research Council; Division on Earth and Life Studies; Water Science and Technology Board; Committee on Levees and the National Flood Insurance Program: Improving Policies and Practices
Login or Register for a free MyNAP member account to save 10% off online and receive other benefits. [Learn More]