The most widely referenced data tables that report the coal reserves of the United States and the rest of the world are presented below. The data reported for the United States are the Demonstrated Reserve Base (DRB) and the Estimated Recoverable Reserves (ERR) (see Table D.1); these are reported annually by the Energy Information Administration (EIA) and are described in Box 3.1.

The most recent World Energy Council (WEC) compilation of worldwide coal reserves from 75 countries—the twentieth edition of Survey of Energy Resources—was published in 2004 (see Table D.2). The WEC provides the following definitions to the nation member committees, which then provide the data that are the bases for Table D.2 (WEC, 2004):

The WEC must rely on data submitted by each country, and “it is well recognized that each country tends to have its own notion of what constitutes resources and reserves” (WEC, 2004, p. xi.).

Next: Appendix E: Coal Mining and Processing Methods »
Coal: Research and Development to Support National Energy Policy Get This Book
× 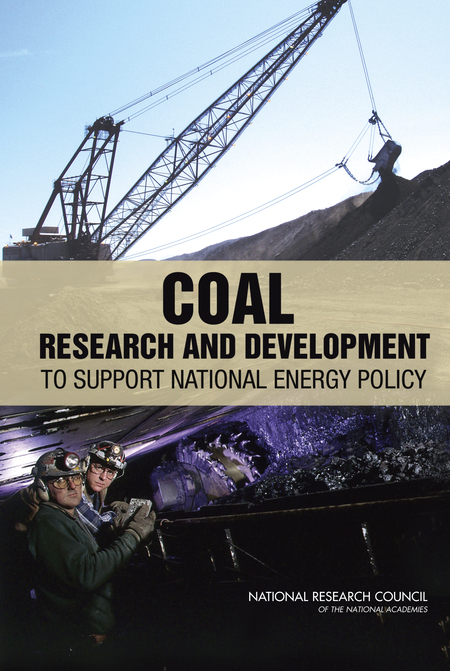 Coal will continue to provide a major portion of energy requirements in the United States for at least the next several decades. It is imperative that accurate information describing the amount, location, and quality of the coal resources and reserves be available to fulfill energy needs. It is also important that the United States extract its coal resources efficiently, safely, and in an environmentally responsible manner. A renewed focus on federal support for coal-related research, coordinated across agencies and with the active participation of the states and industrial sector, is a critical element for each of these requirements.

Coal focuses on the research and development needs and priorities in the areas of coal resource and reserve assessments, coal mining and processing, transportation of coal and coal products, and coal utilization.