Ocean Acidification: A National Strategy to Meet the Challenges of a Changing Ocean (2010)

Get This Book
Visit NAP.edu/10766 to get more information about this book, to buy it in print, or to download it as a free PDF.
« Previous: Appendix B: Acronyms
Page 171 Share Cite
Suggested Citation:"Appendix C: The Effect of Ocean Acidification on Calcification in Calcifying Algae, Corals,and Carbonate-dominated Systems." National Research Council. 2010. Ocean Acidification: A National Strategy to Meet the Challenges of a Changing Ocean. Washington, DC: The National Academies Press. doi: 10.17226/12904.
×

The Effect of Ocean
Acidification on
Calcification in
Calcifying Algae, Corals,
and Carbonate-dominated Systems 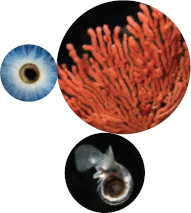 This appendix serves as an example of the wide variety of experimental studies on the effects of ocean acidification on calcifying marine organisms. We focus here on calcifying algae, corals, and carbonate-dominated systems, because more studies have been conducted on this collective group than on others. This table lists only those studies published through 2009 that used realistic carbonate chemistry manipulations; i.e., those that were consistent with projected changes in the carbonate chemistry of seawater due to natural forcing. Note that pCO2 is reported both in units of parts per million (ppm) and microatmospheres (μatm); the two units can be considered essentially equivalent.

1These studies manipulated Ca2+ rather than the carbon system. They are included here for completeness and because they provide insights into calcification mechanisms, but the results should not be strictly interpreted as a response to ocean acidification.

Next: Appendix D: Summary of Research Recommendations from Community-based References »
Ocean Acidification: A National Strategy to Meet the Challenges of a Changing Ocean Get This Book
× 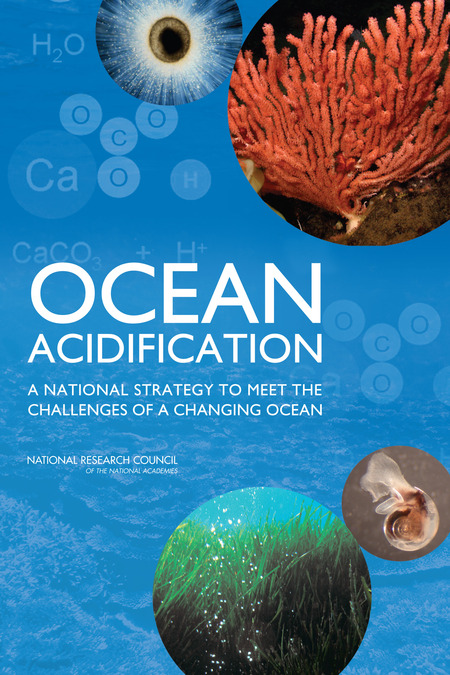 The ocean has absorbed a significant portion of all human-made carbon dioxide emissions. This benefits human society by moderating the rate of climate change, but also causes unprecedented changes to ocean chemistry. Carbon dioxide taken up by the ocean decreases the pH of the water and leads to a suite of chemical changes collectively known as ocean acidification. The long term consequences of ocean acidification are not known, but are expected to result in changes to many ecosystems and the services they provide to society. Ocean Acidification: A National Strategy to Meet the Challenges of a Changing Ocean reviews the current state of knowledge, explores gaps in understanding, and identifies several key findings.