Get This Book
Visit NAP.edu/10766 to get more information about this book, to buy it in print, or to download it as a free PDF.
« Previous: Appendixes
Page 139 Share Cite
Suggested Citation:"Appendix A: Workshop Agenda." National Academies of Sciences, Engineering, and Medicine. 2016. Analytic Research Foundations for the Next-Generation Electric Grid. Washington, DC: The National Academies Press. doi: 10.17226/21919.
×

Next: Appendix B: Committee Biographies »
Analytic Research Foundations for the Next-Generation Electric Grid Get This Book
× 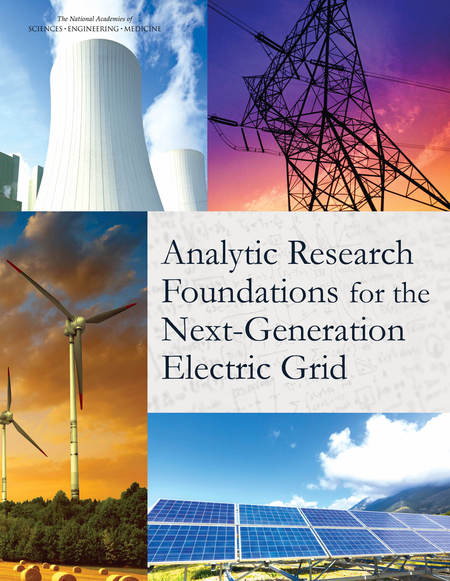 Electricity is the lifeblood of modern society, and for the vast majority of people that electricity is obtained from large, interconnected power grids. However, the grid that was developed in the 20th century, and the incremental improvements made since then, including its underlying analytic foundations, is no longer adequate to completely meet the needs of the 21st century. The next-generation electric grid must be more flexible and resilient. While fossil fuels will have their place for decades to come, the grid of the future will need to accommodate a wider mix of more intermittent generating sources such as wind and distributed solar photovoltaics.

Achieving this grid of the future will require effort on several fronts. There is a need for continued shorter-term engineering research and development, building on the existing analytic foundations for the grid. But there is also a need for more fundamental research to expand these analytic foundations. Analytic Research Foundations for the Next-Generation Electric Grid provide guidance on the longer-term critical areas for research in mathematical and computational sciences that is needed for the next-generation grid. It offers recommendations that are designed to help direct future research as the grid evolves and to give the nation’s research and development infrastructure the tools it needs to effectively develop, test, and use this research.