Get This Book
Visit NAP.edu/10766 to get more information about this book, to buy it in print, or to download it as a free PDF.
« Previous: Introduction
Page 3 Share Cite
Suggested Citation:"The Need to Improve STEM Learning." National Research Council. 2011. Successful K-12 STEM Education: Identifying Effective Approaches in Science, Technology, Engineering, and Mathematics. Washington, DC: The National Academies Press. doi: 10.17226/13158.
×

THE NEED TO IMPROVE STEM LEARNING 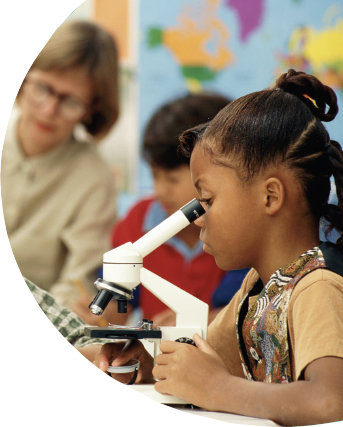 Science, mathematics, engineering, and technology are cultural achievements that reflect people’s humanity, power the economy, and constitute fundamental aspects of our lives as citizens, workers, consumers, and parents. As a previous NRC committee found:4

The primary driver of the future economy and concomitant creation of jobs will be innovation, largely derived from advances in science and engineering…. 4 percent of the nation’s workforce is composed of scientists and engineers; this group disproportionately creates jobs for the other 96 percent.

An increasing number of jobs at all levels—not just for professional scientists—require knowledge of STEM.5 In addition, individual and societal decisions increasingly require some understanding of STEM, from comprehending medical diagnoses to evaluating competing claims about the environment to managing daily activities with a wide variety of computer-based applications.

Several reports have linked K-12 STEM education to continued scientific leadership and economic growth in the United States.6 At the same time, there are many reasons to be concerned about the state of STEM learning in the United States in the face of research that suggests that many students are not prepared for the demands of today’s economy and the economy of the future. For example, as measured by the National Assessment of Educational Progress, roughly 75 percent of U.S. 8th graders are not proficient in mathematics when they complete 8th grade.7 Moreover, there are significant gaps in achievement between student population groups: the black/white, Hispanic/white, and high-poverty/low-poverty gaps are often close to 1 standard deviation in size.8 A gap of this size means that the average student in the underserved groups of black, Hispanic, or low-income students performs roughly at the 20th percentile rather than the 50th percentile. U.S. students also lag behind the highest performing nations on international assessments: for example, only 10 percent of U.S. 8th graders met the Trends in International Mathematics and Science Study advanced international benchmark in science, compared with 32 percent in Singapore and 25 percent in China.9

Employers in many industries lament that job applicants lack the needed mathematics, computer, and problem-solving skills to succeed,10 and international students fill an increasing portion of elite STEM positions in the United States. Indeed, in 2007, “international students constituted more than a third of the students in U.S. science and engineering graduate schools,” and more than 70 percent of those students currently remain in the United States after earning their degrees.11 However, an increasing number of foreign students are finding viable career options in their home countries. This is particularly true for China and India, which, in December 2009, provided 47 percent of the approximately 248,000 foreign science and engineering students in the United States,12 thereby limiting the talent pool available to U.S. employers. 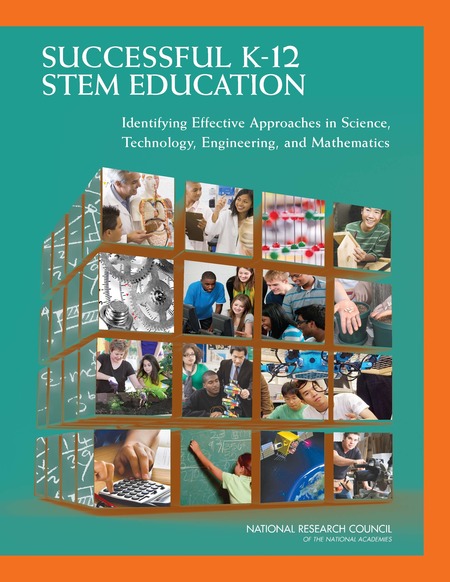 Science, technology, engineering, and mathematics (STEM) are cultural achievements that reflect our humanity, power our economy, and constitute fundamental aspects of our lives as citizens, consumers, parents, and members of the workforce. Providing all students with access to quality education in the STEM disciplines is important to our nation's competitiveness. However, it is challenging to identify the most successful schools and approaches in the STEM disciplines because success is defined in many ways and can occur in many different types of schools and settings. In addition, it is difficult to determine whether the success of a school's students is caused by actions the school takes or simply related to the population of students in the school.

Successful K-12 STEM Education defines a framework for understanding "success" in K-12 STEM education. The book focuses its analysis on the science and mathematics parts of STEM and outlines criteria for identifying effective STEM schools and programs. Because a school's success should be defined by and measured relative to its goals, the book identifies three important goals that share certain elements, including learning STEM content and practices, developing positive dispositions toward STEM, and preparing students to be lifelong learners. A successful STEM program would increase the number of students who ultimately pursue advanced degrees and careers in STEM fields, enhance the STEM-capable workforce, and boost STEM literacy for all students. It is also critical to broaden the participation of women and minorities in STEM fields.

Successful K-12 STEM Education examines the vast landscape of K-12 STEM education by considering different school models, highlighting research on effective STEM education practices, and identifying some conditions that promote and limit school- and student-level success in STEM. The book also looks at where further work is needed to develop appropriate data sources. The book will serve as a guide to policy makers; decision makers at the school and district levels; local, state, and federal government agencies; curriculum developers; educators; and parent and education advocacy groups.