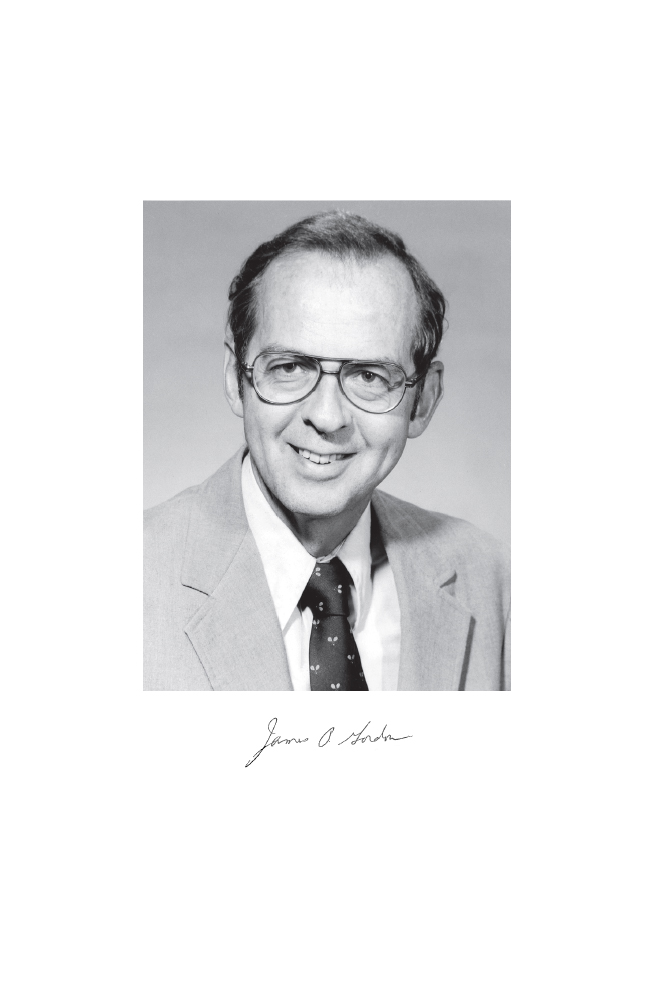 JAMES POWER GORDON, a brilliant scientist and inspired research leader in the fields of lasers and quantum electronics at Bell Labs, died on June 21, 2013, at the age of 85. He was born in New York City on March 20, 1928. He attended Phillips Exeter Academy, received a BSc degree in physics from the Massachusetts Institute of Technology in 1949, and received his master’s and PhD degrees in physics from Columbia University in 1951 and 1955, respectively.

In 1949 Jim joined the Columbia Graduate School of Arts and Sciences, where, in 1951, he was asked by Charles Townes to join him on a project to build the first coherent molecular oscillator. Even though a considerable number of skeptics foresaw low chances for the success of this project, Jim decided to participate and it became the subject of his PhD thesis.

In his article “Reflections on the First Maser,” published in the May 2010 issue of Optics and Photonics News, he recalls a 1954 lunch meeting with Townes and Arthur Schawlow in which they created the name maser for the new device as an acronym for “microwave amplification by stimulated emission of radiation.” Before long, Schawlow joked that the acronym stood for “money acquisition scheme for expensive research.”

a beam focusing device, and a microwave resonator cavity. Soon there was success: In December 1953 his team obtained a faint emission spectrum from the world’s first maser. Further improvements increased the strength of the emission, and in May 1954 the first maser paper was submitted to the letters section of the Physical Review. These dates mark the beginning of quantum electronics (including masers and lasers). The field has seen impressive growth—thousands of scientists and engineers now work in it—and was the basis for more than a dozen Nobel Prizes.

Stimulated emission is now used to generate radiation at frequencies from microwaves, the far infrared, the infrared, and the optical spectrum up to the ultraviolet and the x-ray regime. To describe the expansion of the spectrum, the L from “light” was substituted in the acronym to create the laser.

Quantum electronics and its applications have revolutionized many fields and created new ones. There are new applications in spectroscopy, new biomedical applications such as laser surgery and optical coherence tomography (OCT), high-capacity optical fiber transmission systems providing the backbone of the Internet, the generation of ultrashort attosecond pulses, frequency combs for precision time keeping, LIDAR and atmospheric sensing, the reading of compact discs and DVDs, laser pointers, quantum information sciences, and the beginnings of energy generation using laser fusion.

Jim Gordon made important fundamental contributions to the growth of several of these new fields and essentially tutored many of his colleagues at AT&T Bell Laboratories, where he was a research scientist from 1955 until his retirement in 1996. (In 1962–1963 he spent a year as a visiting professor at the University of California, San Diego.) From 1958 to 1980 he headed the Quantum Electronics Research Department, located initially in Murray Hill and later Holmdel, New Jersey, conducting advanced research in quantum electronics, masers, and lasers. Highly noteworthy were the elegant simplicity and clarity of his presentations. Many a Bell Labs experimentalist came to him with problems they did not understand. Jim

would politely listen and, a few days later, stop by with a beautiful theory written out for their problem.

At Bell Labs he at first continued work on masers, particularly on the noise properties of maser oscillators and amplifiers. He also studied quantum fluctuations and noise in parametric processes. In 1961 he published a fundamental insight to the understanding of laser resonators with Gary D. Boyd in the Bell System Technical Journal. It introduced the use of curved mirrors to laser technology, now the preferred practice because of their improved stability and lower diffraction loss (before that, Fabry-Pérot resonators with plane-parallel mirrors had been used). Analysis of the confocal resonator with curved mirrors showed that its modes and diffraction losses can be described analytically by prolate spheroidal wave functions, and that the diffraction losses of this resonator are the lowest among all resonator types of equal size. This paper also introduced the now widely used concept of Hermite-Gaussian modes for the study of resonators and the propagation of laser beams.

During this period Gordon started a string of publications that can be considered the beginning of the field of quantum information science (e.g., his 1962 paper “Quantum Effects in Communication Systems,” published in the Proceedings of the IRE 50(9):1898–1908). In these articles he studied the incorporation of the quantum nature of light into the famous Shannon’s information capacity limit governing the fundamental limitations of systems used for the transmission of information (e.g., telephony, radio, television, and the Internet). The new quantum version, relevant for optical communication, is now known as the Gordon-Holevo capacity limit.

Having joined Arthur Ashkin’s efforts to manipulate microparticles with laser beams in the 1970s, Gordon wrote the first theory describing radiation forces and momenta in dielectric media. Later, he and Ashkin modeled the motion of atoms in a radiation trap, which they published in Physical Review A in May 1980. This work, together with Ashkin’s experiments, was the basis for what developed into the fields of atom trapping and optical tweezers.

As the optical communications field evolved, Gordon continued to do research that yielded knowledge and insights critical both to fellow researchers and, ultimately, to deployed systems. He provided a much needed theoretical basis for nonlinear pulse propagation in fibers in general and of solitons in particular. With Linn F. Mollenauer and Roger H. Stolen, he coauthored the 1980 report on the first observation of soliton propagation in optical fibers (“Experimental Observation of Picosecond Pulse Narrowing and Solitons in Optical Fibers” in Physical Review Letters 45(13):1095–1098). His seminal work with Hermann Haus on what is now called the Gordon-Haus effect identifies and provides the understanding for the most important bit-rate-limiting effect in soliton transmission due to the random walk of coherently amplified solitons (“Random Walk of Coherently Amplified Solitons in Optical Fiber Transmission,” Optics Letters 11(10):665–667, 1986).

In 1990 Gordon and Mollenauer pointed out a fundamental limit to coherent high-capacity optical fiber communication systems, which have become very prominent in recent years (“Phase Noise in Photonic Communications Systems Using Linear Amplifiers,” Optics Letters 15(23):1351–1353). This limit is the phase noise created by the combination of optical amplifier spontaneous emission and fiber nonlinearities.

In 2000 Jim coauthored another well-known paper on the impediments of the statistical phenomenon of polarization mode dispersion in high-speed optical fiber systems, caused by randomly aligned fiber sections of different birefringence. As this writer was a coauthor he prefers to quote an article from Wikipedia: “Gordon’s most recent major contribution to the field of fiber-optic communications was in the mathematical formulation of the phenomenon of polarization mode dispersion (PMD), which constitutes one of the most important factors in determining the performance of fiber-optic systems. [The] paper … appeared in the Proceedings of the National Academy of Sciences [97(9):4541–4550], and the formulation presented therein became standard in many of the subsequent texts dealing with polarization phenomena in optical fibers.”

Jim Gordon’s accomplishments were greatly admired by the worldwide scientific and engineering communities. This admiration is reflected in his election to the National Academy of Engineering in 1985 and the National Academy of Sciences in 1988. He was also an honorary member and fellow of the Optical Society of America (OSA) and a fellow of the American Physical Society. Among the prestigious awards he received are the Charles Hard Townes Award (1981), the Max Born Award (1991), the Willis E. Lamb Award for Laser Science and Quantum Optics (2001), and the OSA’s highest award, the Frederic Ives Medal (2002).

Researchers were in awe of his brilliance, but also touched by his modesty, particularly when they saw a poster in his office with a variation of a Harry S. Truman quote: “There is no limit to what can be accomplished if it doesn’t matter who gets the credit.”

Jim married Susanna Bland Waldner, a graduate of Vassar and former Bell Labs computing expert, in 1960. In addition to her, he is survived by their children James Jr., Susanna, and Sara and four grandchildren.

Next: HENRY J. GRUY »
Memorial Tributes: Volume 19 Get This Book
×