Get This Book
Visit NAP.edu/10766 to get more information about this book, to buy it in print, or to download it as a free PDF.
« Previous: HARDY W. TROLANDER
Page 301 Share Cite
Suggested Citation:"LELAND J. WALKER." National Academy of Engineering. 2015. Memorial Tributes: Volume 19. Washington, DC: The National Academies Press. doi: 10.17226/21785.
× 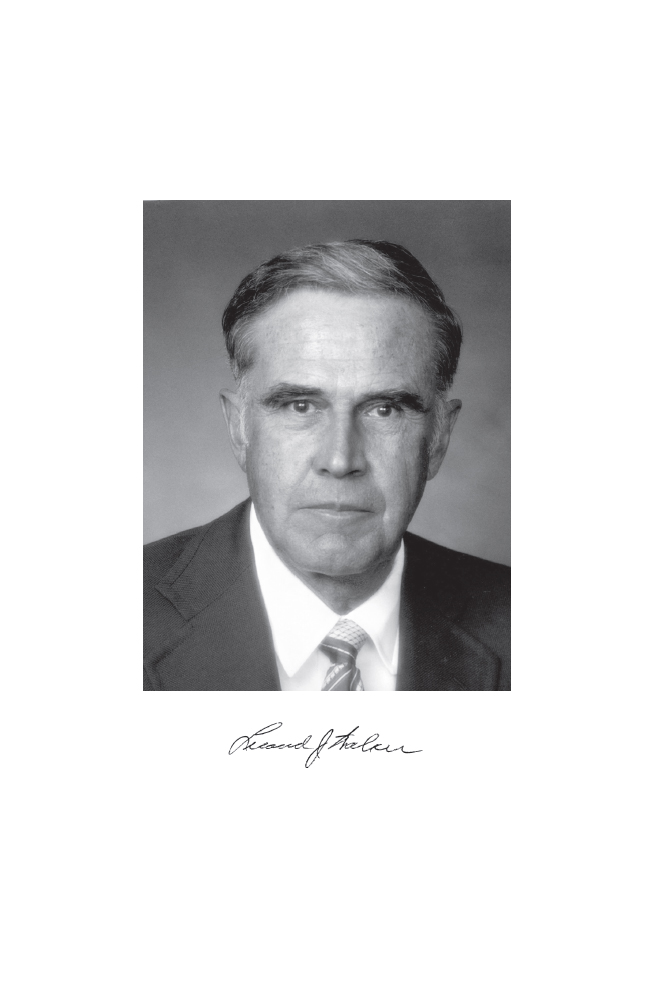 “For his outstanding practice as a civil engineer and for his distinguished service to the profession and engineering education.”

LELAND JASPER WALKER died December 31, 2014, at age 91 in Missoula. He was born in Fallon, Nevada, to Albert Willard Walker and Grayce Wilkinson Walker on April 18, 1923. The family moved to Fairfield, Montana, in 1929. Lee attended school in Choteau and Fairfield, graduating in 1940 as valedictorian of Fairfield High School.

Following in his father’s footsteps, Lee pursued a career in civil engineering at Montana State College in Bozeman. However, his studies and his term as student body president were interrupted by World War II. He enlisted in the Navy’s V-12 College Program and completed his civil engineering degree at Iowa State College in Ames. During the war, he served with the Navy’s Seabees in the Pacific Theater. He was recalled to active duty during the Korean conflict and served at the Civil Engineering Research and Evaluation Laboratory in Port Hueneme, California, retiring from active duty as a lieutenant commander.

Lee married his college sweetheart, Margaret Frances Noble, on January 21, 1946, and thus began a 68-year enjoyable and successful marriage. They have three children: Tom (Judy), in

Gary Quinn, one of Lee’s associates at Northern Testing Laboratories, furnished information for this tribute.

Lee started his civil engineering career with the US Bureau of Reclamation in 1946 and worked there until 1955, interrupted by his Navy service during the Korean conflict. In 1955–1958 he was vice president of Wenzel and Co., consulting engineers in Great Falls, Montana.

In 1958 he launched Northern Testing Laboratories, Inc. (later Northern Testing and Engineering), to which he dedicated the rest of his engineering career. With a lot of confidence he started the company as a one-man, basement-of-his-home operation, and over the years the business grew under his guidance and management to a prestigious professional organization of more than 140 employees. The company did geotechnical engineering and material testing, and its work was known to be of the highest quality, conducted with integrity, accuracy, and client service as fundamental objectives. Projects that Lee oversaw spanned large power plants, hydroelectric dams, industrial and mining developments, military installations, repair of various geohazard problems, and projects for homeowners with cracked foundations.

Thanks to his engineering leadership in the northwest region, Lee is remembered by many as the “Father of Geotechnical Engineering” in Montana, Washington, Idaho, Wyoming, and North Dakota.

Lee was truly dedicated not only to his profession but to all the organizations and people he came in contact with. He was a man who felt obligated to serve, and he gave his energy, compassion, skills, and finances to make his community and world a better place for all. He was a teacher of ethics, management, and leadership, and incorporated common sense in all his endeavors.

His contributions to the engineering profession were remarkable in their excellence and insights. One of his most important leadership roles was as president of the American Society of Civil Engineers (ASCE) in 1976, when he introduced the concept of “management by objectives,” which has served the

Society extremely well. ASCE was only one of many organizations in which he played an important role. As president of the Accreditation Board of Engineering and Technology (ABET) during a transition period, his strong leadership ensured the continued success of the organization in watching over the quality of engineering education in the United States. He was also president of the Montana Consulting Engineers Council, national secretary of the American Council of Independent Laboratories, and a member of the executive committee of the American Association of Engineering Societies.

In addition, Lee was active in the Academy. He served on the steering committee for the Conference on Innovative Finance for Transportation, the Committee on Membership (two terms), the Civil Engineering Peer Committee (three terms), the Panel on Construction and Structural Design System Research, and the Panel on Graduate Education and Research.

Lee also devoted his time and energy to organizations other than engineering ones. He was deeply involved with numerous community and church organizations, such as the United Methodist Church, where he was a member of the National Board on Overseas Relief and president of its administrative board; a trustee of Rocky Mountain College; a member of the President’s Advisory Council of Montana State University and vice president of the university’s Endowment and Research Foundation; and president of the board of trustees of Montana Deaconess Hospital. He was also involved with several philanthropic organizations.

Lee Walker loved his state of Montana and his hometown of Great Falls. He also loved people. To quote his wife Margaret: “Several people—some employees, some not—have said that he turned them around when they were headed in the wrong direction by showing them what they could achieve if they turned around. To others he was simply a role model and helper. But I think he liked getting involved with people and things.”

Lee Walker was a giant to both the engineering profession and the community.

Next: WILLIS H. WARE »
Memorial Tributes: Volume 19 Get This Book
×