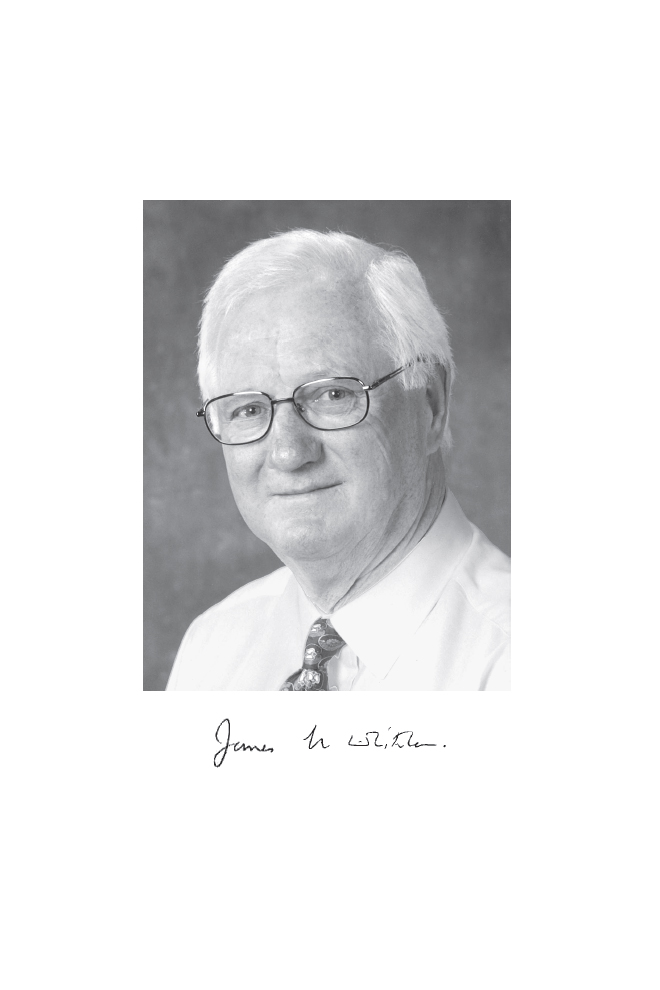 “For contributions to fluid mechanics, heat transfer, and combustion instrumentation, and to education and the dissemination of new information.”

BY STEPHEN B. POPE

JAMES HUNTER WHITELAW, a pioneer of laser-based flow instrumentation who spent most of his career at Imperial College, London, died on August 16, 2006, at the age of 70.

He was born on January 28, 1936, in Newmains, near Glasgow, Scotland, and spent the first 25 years of his life in and around the city. He was an only child and grew up in a warm home that included an aunt and grandmother in addition to his parents.

After his education at local primary and secondary schools he gained admission to Glasgow University, where he took a “sandwich course” in mechanical engineering. This consisted of alternating six-month stints studying at the university and receiving training in different industries—the Coal Board, Esso, and the Caltex refinery in Bahrain. These experiences presaged the strong interactions between academic work and industrial applications that Jim fostered throughout his career.

After graduation he was briefly a graduate apprentice at Rolls-Royce. Feeling that he was not learning and advancing in that position, he applied for and received a research

This tribute draws extensively from the account of Jim Whitelaw’s life and career prepared by Brian E. Launder in the Biographical Memoirs of Fellows of the Royal Society (2007), vol. 53:385–399.

assistantship at Glasgow University, enabling him to pursue a PhD, under the supervision of C.D. Weir, on research sponsored by Merz & McLelland. The task was to measure the viscosity of steam at the high pressures and temperatures encountered in supercritical boilers. During his PhD studies Jim married Elspeth Shields, and they were devoted to each other throughout their lives together.

In 1961 Joseph Kestin of Brown University visited the laboratory. His work was on the measurement of the thermophysical properties of gases, and following technical discussions with Jim he immediately offered him a postdoctoral position at Brown. And so it was that Jim made the first of what must have been close to a hundred visits to the States, setting up his laboratory in the basement of Brown’s Applied Mathematics Department.

While the two years at Brown were productive, Jim looked for new directions for his return to the United Kingdom. In 1963 he joined the Imperial College of Science and Technology as a lecturer in mechanical engineering, with the objective of providing an experimental arm to Brian Spalding’s research group, which was developing calculation procedures for turbulent flows. Jim remained at Imperial College for the rest of his career, quickly progressing up the ranks to professor and head of the Fluids Section.

A pivotal point in his career was in 1968, when he became aware of the fledgling technique of laser-Doppler anemometry (LDA), which offered the prospect of enabling detailed measurements of velocity in complex turbulent flows. Over the next five years, in collaboration with Franz Durst, Jim developed a compact integrated optical system for LDA, which became the basis for the commercial systems marketed by DISA (later Dantec Dynamics). His pioneering work on laser diagnostics continued through the 1980s with the phase-Doppler anemometer, and into the 1990s with the shadow-Doppler anemometer.

To Jim, diagnostic techniques were a means to understand and characterize turbulent flows, usually complex flows related to industrial applications. Through the thesis research of 85 PhD students, he investigated a huge range of flows and

Jim initiated and led many activities to bring researchers together and to disseminate new findings. At Imperial College he ran many short courses on LDA and experimental methods; in 1977 he jointly initiated and organized the Turbulent Shear Flows Symposia, which ran successfully for 10 biennial meetings and then spawned the Turbulence and Shear Flow Phenomena meetings; and in 1983 he cofounded the journal Experiments in Fluids.

He was an incessant traveler, and California was a frequent destination. He consulted with many major companies in the United States, among them McDonnell Douglas, General Electric, and NASA Ames Research Center. He was also an honorary professor at Hong Kong Polytechnic University, and later took a part-time position there as the Chair Professor of Combustion and Pollution. He bravely continued traveling after his diagnosis with an atypical form of motor neurone disease.

All who knew him will remember his cheerful disposition and sense of humor, his ability to challenge and spur students and others to greater achievements, and his devotion to his family.

He is survived by Elspeth, sons Alan, Stuart, and Jamie, and six grandchildren (three born after his passing).

Next: PAUL A. WITHERSPOON »
Memorial Tributes: Volume 19 Get This Book
×