Get This Book
Visit NAP.edu/10766 to get more information about this book, to buy it in print, or to download it as a free PDF.
« Previous: ARTHUR P. ADAMSON
Page 7 Share Cite
Suggested Citation:"LEO R. BEARD." National Academy of Engineering. 2015. Memorial Tributes: Volume 19. Washington, DC: The National Academies Press. doi: 10.17226/21785.
× 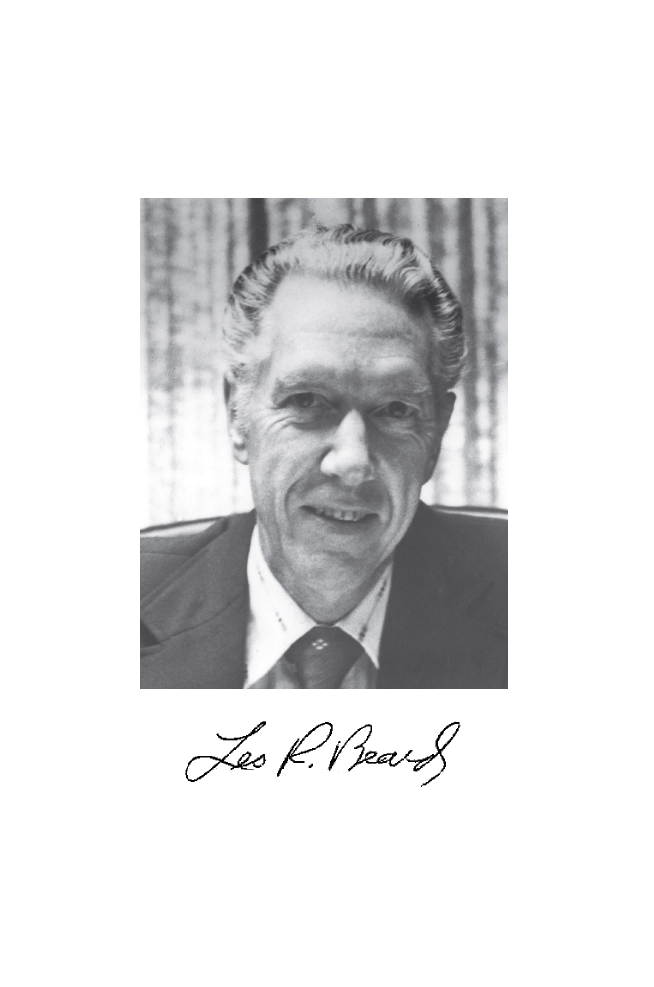 “Leadership in statistical applications and system analyses in hydrologic design and operation.”

He was born in West Baden, Indiana, on April 6, 1917. His family moved to San Gabriel, California, in 1922, where he grew up with five siblings. He attended parochial schools, Alhambra High School, Pasadena Junior College, and California Institute of Technology, from which he graduated with a BS in civil engineering in 1939. Also that year he married Marian Jeanette Wagar, with whom he had three children.

Roy Beard had an illustrious career with the US Army Corps of Engineers from 1939 to 1972, and retired as founding director of the Corps’s Hydrologic Engineering Center in Davis, California. He was known for his pioneering work on the application of statistics to hydrologic engineering. After his retirement he joined the University of Texas at Austin as lecturer and was appointed professor of civil engineering in 1976. He served as director of the Center for Research in Water Resources from 1972 until his retirement from UT in 1981; he was designated professor emeritus of civil engineering on

This memorial resolution is reproduced with the permission of the Office of General Faculty and Faculty Council at the University of Texas at Austin and was originally prepared in August 2009.

September 1, 1987. He subsequently joined the engineering consulting firm of Espey Huston and Associates.

His many contributions to civil engineering were recognized by a number of important awards and designations. In 1975 he was elected to the National Academy of Engineering. In 2001 he received the Lifetime Achievement Award from the ASCE Environmental and Water Resources Institute for “a lifelong and eminent contribution to the environment and water resources engineering disciplines through practice, research, and public service.” He was designated an honorary diplomate of the American Academy of Water Resources Engineers in 2005, and in 2007 he received the ASCE Ven Te Chow Award “for advancing knowledge in hydrologic engineering in systems techniques for reservoir regulation, statistical methods for streamflow frequency analysis, flood hydrograph computation, and the development of computer based methods for hydrologic computations.”

Marian died in 1973, and in 1974 Roy married Marjorie Pierce Wood of Austin. He is survived by her; his sister Margaret (Peggy) Nougier of Laguna Beach; his daughter Patricia Huntzicker of Portland, Oregon; his son Thomas Beard of Reno, Nevada; and his son James Beard of Hurricane, Utah; by Marjorie’s daughters Patricia Fowler and Ann Bonner of Richland Springs, Texas, Kay DeVaux of Hot Springs,

Arkansas, and son Thomas Wood of Austin, as well as 22 of his and Marj’s grandchildren and 6 great-grandchildren.

Don’t cry for me. There could hardly be a better life than that which mine has been. Starting with wonderful parents and three older siblings (later two younger siblings), I have been blessed with an abundant and happy life, including two wonderful marriages, three children of my own, four stepchildren, and so many friends, including professional associates throughout the world. The world has been full of good for me. My cup runneth over a thousandfold!

Next: ARNOLD O. BECKMAN »
Memorial Tributes: Volume 19 Get This Book
×