Get This Book
Visit NAP.edu/10766 to get more information about this book, to buy it in print, or to download it as a free PDF.
« Previous: JAMES L. MASSEY
Page 223 Share Cite
Suggested Citation:"TONY MAXWORTHY." National Academy of Engineering. 2015. Memorial Tributes: Volume 19. Washington, DC: The National Academies Press. doi: 10.17226/21785.
× 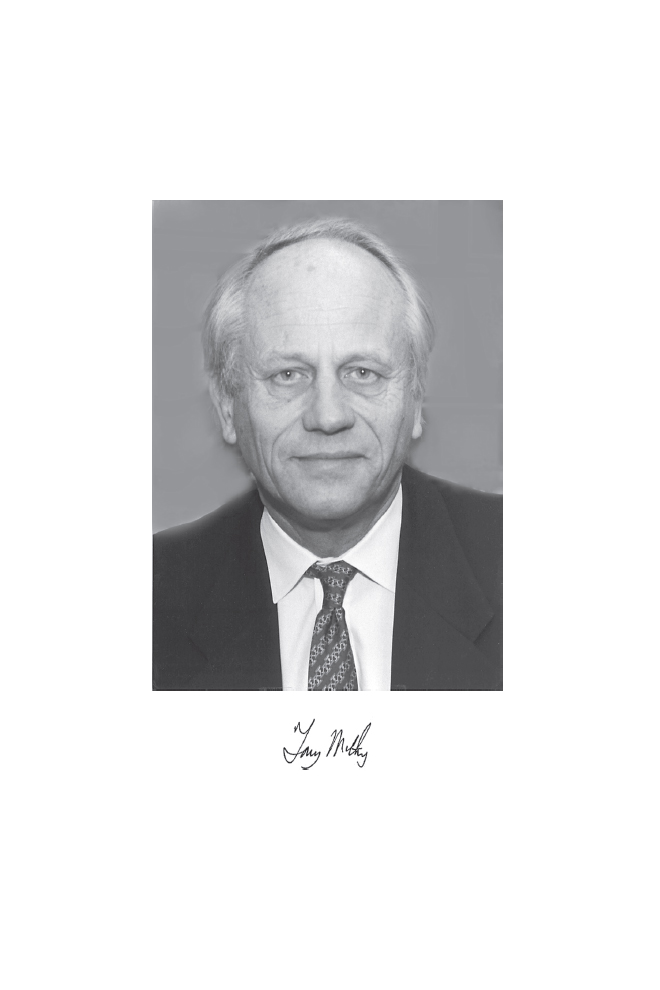 “For outstanding research contributions to the understanding of complex flows important to aerodynamics, biomechanics, combustion, and geophysics.”

TONY MAXWORTHY, a giant of fluid mechanics, died on March 8, 2013, at the age of 79. He passed away on the University of Southern California (USC) campus in the same building, Biegler Hall of Engineering, where he taught and conducted research over the years.

In 2012 he had celebrated 45 years at USC. Biegler Hall was the original and official center of the school. It was fitting that Tony drew his last breath working in the place where engineering started at the university and where he deployed his remarkable creative talent.

Tony was born on May 23, 1933, in Ealing, England, and earned a bachelor’s degree from Imperial College London before going on to Harvard University, where he received a doctorate in 1960. Joining the University of Southern California in 1967, he rose to the rank of professor of aerospace engineering in 1970, was named Smith International Professor of Mechanical Engineering, and chaired the Department of Mechanical Engineering from 1979 to 1989.

He received a number of accolades in recognition of his many contributions: He was a life fellow of Clare Hall at the

Material for this tribute was also provided by Larry Redekopp and Geoff Spedding.

University of Cambridge; elected fellow of the American Physical Society (APS) in 1975; selected for the APS Otto Laporte Award in 1990; elected to the National Academy of Engineering in 1991; elected fellow of the American Academy of Arts and Sciences in 2001; awarded the G.I. Taylor Medal of the Society of Engineering Sciences in 2003 and the APS Fluid Dynamics Prize in 2011; and appointed Distinguished Professor of Aerospace and Mechanical Engineering at USC in January 2013.

Tony was a giant in the field of fluid mechanics. His work reshaped the field and contributed immensely to USC Viterbi School of Engineering’s reputation for excellence. His work was eclectic, elegant, simple but not simplistic, deep, and, in many ways, artistic. He followed Einstein’s exhortation to “make it as simple as possible, but not simpler than that.” His close colleague Geoff Spedding wrote: “He worked on the fluid mechanics of almost everything, it seemed, from microscale processes in immiscible fluids and jets, to the planetary scales of oceans and atmospheres on earth and also on Jupiter, where he uncovered the dynamics of the Great Red Spot.”

Tony explored flows ranging from the Antarctic Circumpolar Current to the emptying of champagne from a bottle to the aerodynamics of insects; slow creeping motions, fluid dynamics of inkjet printers, sonic booms, volcanoes, and flows in the Jovian atmosphere; bubbles and drops, the motion of immiscible and miscible fronts in porous media, the motion of fronts in directional solidification of alloys and in crystal growth, and combustion. He explored fluid mechanical phenomena described by the broadest array of dimensionless parameters, and he did so in apparatuses that, for the most part, he conceived, designed, and assembled—and then he conducted the preponderance of the experiments with his own hands.

Tony was full of curiosity to understand and explore all wonderful aspects of fluid motion, and he had magical insight. He studied how vortex rings form and dissipate, how dust devils are formed on heated surfaces with only weak breezes, how vortices form and break down over delta wings, how aircraft trailing vortices can be modified. He conceived a unique

experiment to explore the aerodynamics of insect flight, clarifying the mechanism whereby insects generate lift during hovering flight. This experimental work opened the way for an aerodynamic understanding of unsteady vortex lift on rapidly pitching, moving, three-dimensional wings. His experimental platforms have been replicated in a number of laboratories, and he had a very influential role, for example, in the construction of the world’s largest rotating table, in the Coriolis facility in Grenoble, France, for simulating geophysical fluid dynamical phenomena.

His long-time collaborator and colleague Larry Redekopp says: “It always seemed to me that Tony thought in ‘vorticity space’—he always saw a fluid flow from the standpoint of its vortical structure; he ‘thought’ in vector space, and then he formed the essential vector balances intuitively at teraflop speed. This quality of his intuitive brilliance stood out clearly…and was manifested at multiple times in multiple fluid contexts. It was genuine and it was real.”

Tony was a USC pillar, and shaped the golden era of fluid mechanics. It was an era of beautiful, elegant classical fluid mechanics: He epitomized the British school and the celebrated G.I. Taylor, elegantly tying applied mathematics to physical insights to understand the complexity of fluid dynamics using simple, but clever, experiments. Methods of experimentation and modeling now rely on sophisticated devices and powerful computers, but the fundamental principles and truths revealed by Tony and his colleagues have an enduring and lasting value.

His broad range of interests brought him into much-valued collaborations with research groups around the world and extended research visits to facilities in Australia, England, France, Germany, Switzerland, New Zealand, Norway, Israel, Spain, and Portugal. Geoff again: “The twin characteristics of wide travel and intellectual interests led to certain signature phenomena…. He was said to have mastered the art of being simultaneously everywhere and nowhere. A starting postdoc at institution x might discover upon arrival that Tony was in fact at y, and so there was strong incentive for such people to

be self-starters, and then to be even more grateful when he did materialize.”

Tony loved to spend time in France as a visiting professor and in the summer. There is an aspect of art in French fluid mechanics research, perhaps because of the visualization of the complex flow patterns involved. Tony’s work fit beautifully in that context. I recall vividly a 4th of July event, sometime in the late 1990s, when I was also on an extended visit in France. We were both at the École Supérieure de Physique et de Chimie Industrielles (ESPCI); I presented a talk on bubble growth in porous media, Tony spoke about his work on combustion. It was somehow fitting that July 4th was celebrated by giving scientific talks!

My scientific interactions with Tony started in the early 1990s when my group published a theory of solitary waves in a Hele-Shaw cell, a device he often used himself. When I presented the theory in an AME seminar, Tony was curious and skeptical. He asked in his understated, but gentle, way, with a touch of skepticism, “What is the mechanism that drives this process, young man?” I kind of mumbled an answer, to which he replied with his characteristic “I see,” meaning “You have no idea what you are talking about.” Motivated, I embarked on an experiment to demonstrate the validity of my theory—in the largest HS cell in the world! That experiment confirmed the theory, and I think earned me membership in the club of the people Tony accepted. After that he took me slightly more seriously and we even shared a research group for a while. Then I joined the dean’s office when Max Nikias (now USC president, then dean of engineering) beckoned. I remember Tony’s bemused expression: “What is a nice guy like you doing in an office like the dean’s!”

In November 2001 we held a symposium in Tony’s honor, entitled “A Fascination with Fluids,” a fascination that characterized his pursuits for over 50 years.

Spedding, and Mike Kassner. Two years ago I hosted a dinner in Baltimore at the fall APS meeting to celebrate Tony’s winning the APS Fluid Dynamics prize, which many of the above colleagues attended. It was a beautiful gathering and I am very glad we did that on behalf of the school. Soon after, I learned that Tony was appointed USC Distinguished Professor; I am glad USC was not too late in awarding that distinction. When he learned about it he emailed me: “I suspect you were behind it.” I said, “It was long overdue.”

Throughout his life Tony was humble, considerate, thoughtful, dignified, wise, intellectually rigorous and innovative, blessed with acute powers of observation and piercing insight…all packaged into a rather British shell of calm, reserved dry wit and humor. He will remain forever in our hearts and in our history.

In this soft-spoken and very reserved man there was such a wealth of love for life. First and foremost, his love of science, his colleagues, and his teaching. But also his love of music and art, of nature, of food and wine, and of sports. Every year we spent months abroad. Tony would first find an interesting scientific conference to attend, then study the Michelin Guide to find the best historical sites to visit, plus good hotels and restaurants. During his travels over the years, Tony made friends everywhere because of his openness, congeniality, and humility, not to mention his scientific abilities. Many of his international relationships have lasted decades. Tony always returned to USC with joy and dedication, and felt greatly honored when USC generously awarded him the title of Distinguished Professor in 2013. He was a gentle and peaceful man, easy to live with, and he went as he lived—peacefully—leaving his family and friends in deep sorrow.