Get This Book
Visit NAP.edu/10766 to get more information about this book, to buy it in print, or to download it as a free PDF.
« Previous: JOSEPH PENZIEN
Page 263 Share Cite
Suggested Citation:"THEODORE ROCKWELL." National Academy of Engineering. 2015. Memorial Tributes: Volume 19. Washington, DC: The National Academies Press. doi: 10.17226/21785.
× 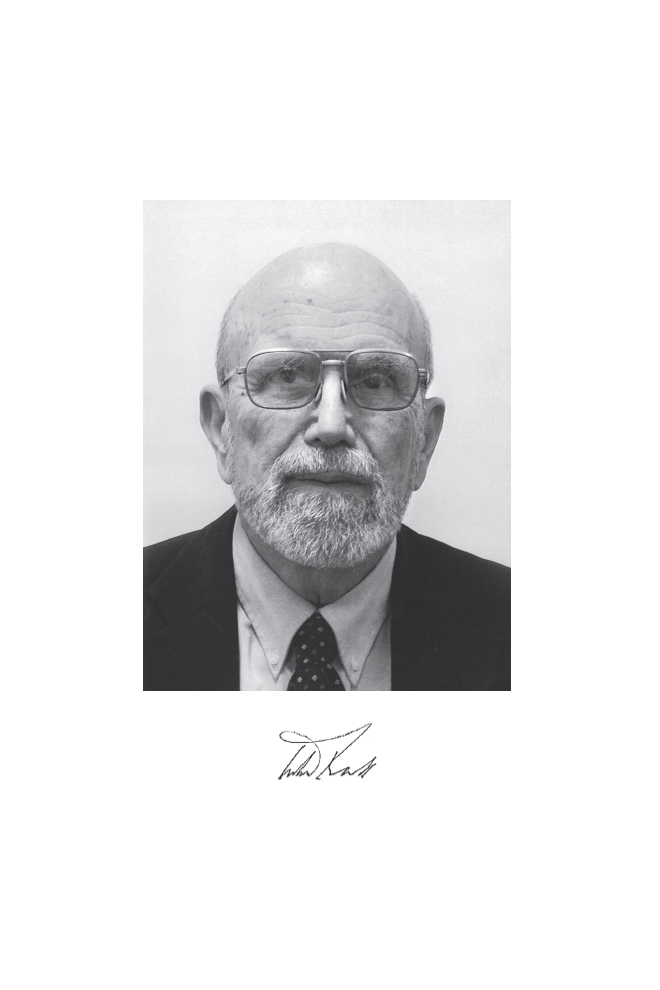 “For contributions to the development of reactor shielding technology and nuclear-power reactor safety.”

THEODORE ROCKWELL, retired founding partner and board member, MPR Associates, died on March 31, 2013. He was born on June 26, 1922, in Chicago and earned MS and BS degrees in chemical engineering at Princeton University. After graduation in 1943, the then top secret uranium enrichment program recruited him to Oak Ridge, where he met and married Mary Compton, who became his wife of 63 years (she predeceased him in 2009). They had four children—Robert C. (who died in 1997), Lawrence E., W. Teed, and Juanita C.—and, eventually, two grandchildren and a great-granddaughter.

Ted’s initial job at Oak Ridge National Laboratory began his spectacular career over seven decades as one of the pioneers and drivers of the peaceful uses of nuclear energy. In 1949 he was recruited by then Captain Hyman Rickover to work in the nascent Naval Nuclear Power Program, and in 1954 he became technical director at Naval Reactors, responsible to Admiral Rickover for developing criteria, procedures, and facilities for safe operation of the nuclear Navy as well as for the first commercial nuclear power plant at Shippingport, Pennsylvania.

In 1964 he left Naval Reactors and with two colleagues founded MPR Associates, with the prime objective of achieving engineering excellence applied to major problems. MPR is now regarded as one of the premier engineering companies in

the world and at the time of Ted’s death was closing in on its 50th anniversary. Ted “retired” from MPR in 1987 but remained on the board, and provided international leadership in nuclear power and radiation safety for the following 26 years. He also was a founding director of Radiation, Science, and Health, Inc.

In 1960 he was awarded an honorary ScD degree for contributions to the development of nuclear power. His many awards include distinguished service medals from both the US Navy and the Atomic Energy Commission, and the first American Nuclear Society Lifetime Contribution Award, thereafter known as the Rockwell Lifetime Achievement Award. One of his patents is a “landmark US Atomic Energy Patent.” He was elected to the National Academy of Engineering in 2001 and in 2003 was the first NAE-sponsored Sigma Xi Distinguished Lecturer. In addition, he was a member of the Health Physics Society, fellow of the American Nuclear Society, life member of the Philosophical Society of Washington, and ruling elder of the Presbyterian Church. In 2006 he received the Edward Teller Medal by Doctors for Disaster Preparedness, and he was selected as Distinguished Speaker at the World Nuclear University Summer Institute in 2006 and 2007.

Ted was a prolific writer and speaker on technical topics, wrote popular interest articles, and established a blog, “Learning about Energy.” He edited the Reactor Shielding Manual, the fundamental reference used worldwide since its initial publication in 1956. He also authored two nonfiction books—The Rickover Effect: How One Man Made a Difference (Naval Institute Press, 1992) and Creating the New World: Stories and Images from the Dawn of the Atomic Age (AuthorHouse, 2003)—and a novel, The Virtual Librarian: A Tale of Alternate Realities (coauthored with his son Bob; iUniverse, 2007).

These facts give only a glimpse of the breadth and depth of this incredibly energetic, personable, and capable individual. Ted found time for many pro bono activities; for example, he was a member of the NIH Advisory Committee on Artificial Heart Research and of the Princeton Chemical Engineering Department Advisory Committee. At age 90, he organized and led the special session on radiation safety at the American

Nuclear Society national meeting and was hard at work on a documentary on Admiral Rickover.

In everything he did, Ted studied deeply, mastered the details, and made lasting contributions. A great example is the shielding design on nuclear submarines. Those who serve on such vessels are exposed to less radiation once underway than those who stay behind—a difficult achievement, as shielding tends to be bulky and slow the ship. Ted’s designs did not assume naval personnel were heroes in dangerous service and needed to take risks: his implementation of shielding had to be safe for fathers and mothers, sons and daughters, brothers and sisters, not heroes.

Ted was a lifelong outspoken visionary, who consistently produced elegant real-world implementation of his visions and considered engineering the highest professional calling. His tools were a brilliant mind, hard work, relentless attention to detail, and unbending integrity. You always knew where you stood with Ted. One of his favorite maxims was “silence is assent.” It was better to ensure we got it right than to worry about how you looked when you asked questions or challenged assumptions.

In a 1968 letter to the Princeton Engineer, a magazine he cofounded as an undergrad, he spoke directly to a younger generation of engineering students:

[I]n today’s mechanized world, there are few opportunities for a man to take pride in an elegant piece of creative workmanship. An engineer, working in a truly professional environment, can do this. He can maintain a high degree of professional integrity and competence, and turn out a product in which he can take pride and from which others can draw inspiration. In a day when many young people have concluded that the only way they can “do their own thing” with integrity is to withdraw from man’s universal struggle into a private world, the engineer has a unique opportunity to carry out his profession with creativity and individuality, and in so doing have the further satisfaction of knowing he is responding to the most urgent and basic needs of all mankind in a way very few of his fellow men are qualified to do.

Ted responded to those urgent needs over and over during his long life and in his own cheerful, bold, and inspiring way.

The closing words on Ted’s life are also his own: “I like to stir up spirited discussions on important issues. Socially, I like to comfort the afflicted and afflict the comfortable.”

Next: REUEL SHINNAR »
Memorial Tributes: Volume 19 Get This Book
×