Get This Book
Visit NAP.edu/10766 to get more information about this book, to buy it in print, or to download it as a free PDF.
« Previous: TINGYE LI
Page 213 Share Cite
Suggested Citation:"STEPHEN MALKIN." National Academy of Engineering. 2015. Memorial Tributes: Volume 19. Washington, DC: The National Academies Press. doi: 10.17226/21785.
× 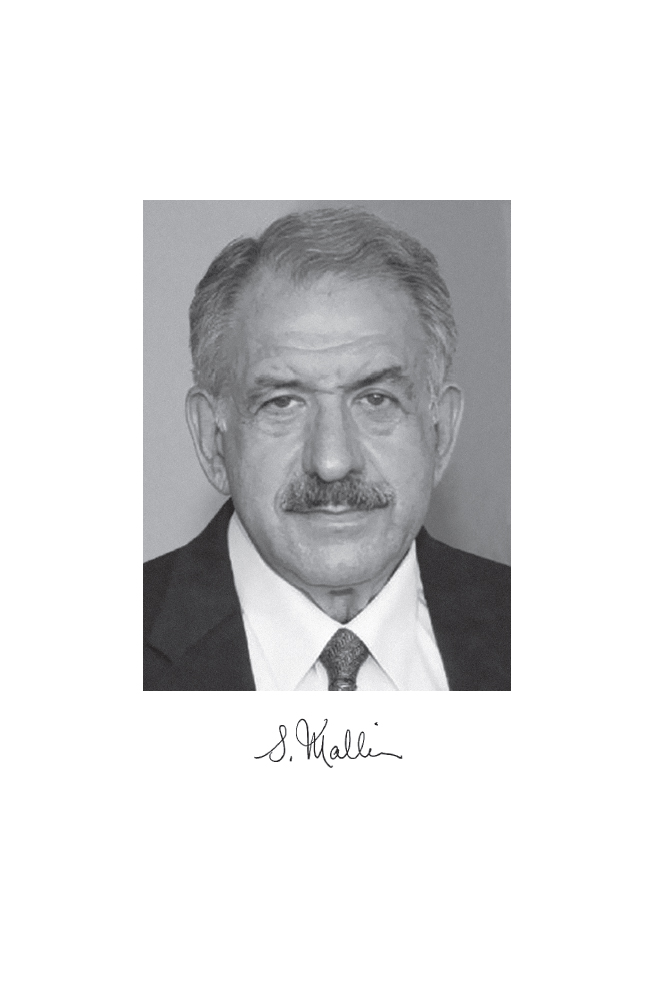 “For pioneering research in and the implementation of grinding-system simulation and optimization.”

STEPHEN MALKIN, an internationally renowned guiding force in manufacturing science and a University Distinguished Professor Emeritus at the University of Massachusetts Amherst, passed away on August 19, 2013, at the age of 72.

Steve was born in Malden, Massachusetts, on June 20, 1941. In high school he was an ambitious student who pushed himself to excel, so it is no surprise that he was admitted to the Massachusetts Institute of Technology, where he completed his bachelor’s degree in 1963. He got a taste of research during his undergraduate studies and decided to attend graduate school at MIT, specializing in manufacturing engineering. He earned his MSc in 1965 and his ScD in mechanical engineering in 1968.

faculty members with small- to medium-sized manufacturers to enhance productivity and competitiveness. He was named Distinguished Professor in 1998, and headed the Department of Mechanical and Industrial Engineering from 2000 to 2006. He retired in 2009.

Steve did a superb job during his two terms as department head. He was a visionary, a leader, and above all an excellent mentor for younger faculty members, as evidenced by the number of new faculty members who were hired or promoted and nationally and internationally recognized during his tenure.

His unique style of inclusiveness and impartiality together with his intellectual and professional rigor were demonstrated in several of his initiatives, which highlight the department’s diversity and richness. The wind energy and human performance programs became internationally prominent and have been recognized as the two signature programs of the department and the college. And the department’s human and fiscal resources grew significantly: many new faculty members were hired, enrollment increased by over 50 percent, and research expenditures increased by 44 percent.

A primary objective of Steve’s early research was to develop both a fundamental understanding and quantitative models to describe the diverse aspects of grinding, including the mechanics of the process, temperatures, thermal damage to the workpiece, precision, and surface topography. He then realized that this fundamental processing knowledge could be more practically applied by taking a comprehensive systems approach in which the grinding model parameters are updated and intelligent control is used to optimize the process. He developed a virtual manufacturing system that provides quantitative and visual computerized simulation of the process to predict what will occur and to identify optimal conditions. These simulations are currently used in industry and, according to experts, have saved millions of dollars. Among the companies that use his methods are General Motors, Ford Motor Company, SKF, General Electric, Alcoa, Norton, Eaton Corp., Pratt

Steve Malkin authored a scholarly body of papers that spearheaded innovative research in modern grinding optimization technology, and he was instrumental in transforming the technology from an empirical craft to an applied science by laying the foundation for grinding system theory and developing enabling technologies to improve system efficiency. His book Grinding Technology: Theory and Applications of Machining with Abrasives (Industrial Press, 1989) presents a comprehensive and consistent treatment of grinding theory and its practical aspects. It has been cited over 1,300 times.

He was a life fellow of the American Society of Mechanical Engineers (ASME) and a fellow of the Society of Manufacturing Engineers (SME) and International Academy for Production Engineering (CIRP). He received ASME’s Blackall Machine Tool and Gage Award (1993) and William T. Ennor Manufacturing Technology Award (2004), and the SME Gold Medal (1996). He was named doctor honoris causa by Jan Evangelista Purkynĕ University of the Czech Republic, an honorary member of the Romanian Society of Mechanical Engineering, and an honorary professor at the National Huaqiao University in China.

Steve continually sought opportunities to serve the community and to advise, lead, and help others. He will be greatly missed.

He is survived by his beloved wife of 41 years Maccabit, son Gonen and daughter Ruth, granddaughters Noa, Shai, Judith, and Millie, his sister Celia, and a nephew and niece.

Next: JAMES L. MASSEY »
Memorial Tributes: Volume 19 Get This Book
×