Get This Book
Visit NAP.edu/10766 to get more information about this book, to buy it in print, or to download it as a free PDF.
« Previous: Harvey O. Banks
Page 14 Share Cite
Suggested Citation:"Melvin L. Baron." National Academy of Engineering. 2002. Memorial Tributes: Volume 10. Washington, DC: The National Academies Press. doi: 10.17226/10403.
× 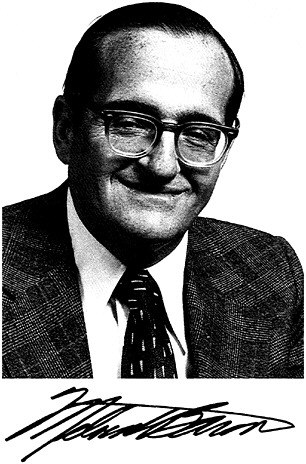 MELVIN L. BARON, who died on March 5, 1997, at the age of seventy, was elected to the National Academy of Engineering (NAE) in 1978 “for contributions in structural mechanics, particularly in the fields of numerical analysis, ground shock and response of buried structures. ” He was widely recognized for his work in shock and vibration of immersed shells with application to ship and submarine design, as well as for original contributions to the design of blast-resistant “superhard” protective structures. Through his associations with Weidlinger Associates and Columbia University, he enjoyed a standing in both academic and consulting communities that was nearly unique in its time.

Mel Baron was fortunate to enter New York City College soon after World War II, when it was a major intellectual center, attracting students of the highest caliber to seek opportunity through free education. His intelligence and ambition brought him as a graduate student to Columbia University, then the nation’s most prominent center for engineering mechanics, with a faculty that included Ray Mindlin, Hans Bleich, Fred Freudenthal, and Mario Salvadori, all of whom became members of the NAE. Mel’s work with Bleich led to the first of many prizes, the Spirit of St. Louis Junior Award of the American Society of Mechanical Engineers (ASME). This was soon followed by the J. James Croes Medal and Walter L. Huber Research Prize of

the American Society of Civil Engineers (ASCE). He was later the recipient of the Nathan M. Newmark Medal and Arthur M. Wellington Award, also of ASCE, and served as the ASCE delegate to the U. S. National Committee on Theoretical and Applied Mechanics. He was also an elected fellow of ASME. Collaboration with Mario Salvadori on Numerical Methods in Engi neering, an early classic textbook published in 1952, led to Mel’s acquaintance with Paul Weidlinger, another future member of NAE, who had recently established a structural engineering consulting practice in New York. While a partner at Weidlinger Associates, Mel maintained connections with Columbia University, serving as adjunct professor and adviser. He received the Thomas Egelston Medal of the university’s School of Engineering in 1983. He taught courses in integral transforms and complex variables there for more than thirty years.

Mel’s partnership with Weidlinger lasted for forty-five years, until his death. As partner and board chairman of Weidlinger Associates, he established an applied mechanics group that, like himself, contributed academic research in applied mechanics and consulting services to a wide range of government agencies and civilian clients. He and his group were pioneers in applying numerical methods to simulate wave propagation effects from explosions. Throughout the Cold War era, he brought a high intellectual standard to the design and shock qualification of nuclear submarines and surface ships and to the design and testing of missile silos and antiballistic missile systems. He was frequently sought by colleagues and peers for advice and counsel on technical and policy matters both for his knowledge and for his unerring judgment. Of his many awards and honors, he was perhaps most gratified by the Department of Defense Exceptional Public Service Medal and Lifetime Achievement Award of the Defense Nuclear Agency. The citation for the latter award reads: “Dr. Baron, perhaps more than any other scientist, advocated experiments as the acid test of the theory of explosive effects (on structures)…. He has played a prime role in shaping research programs addressing constitutive modeling of geologic materials, structure-media interaction, finite element modeling and the design and response of land and sea-based structures to

While a graduate student at Columbia University, Mel married Muriel Wicker who, until her death in 1993, was his constant companion and adviser. A graduate of Hunter College in biology, Muriel devoted herself to raising the couple’s two daughters, Jaclyn and Susan, both of whom have engineering-based careers. Muriel was admired by Mel’s friends for answering her husband’s passion for work, stamp collecting, and paddleball with humor and untiring support. Mel treated his family to a wide variety of entertainment and culture through the years by sharing with them his enthusiasm for attending the theatre, ballet, and an occasional opera. Mel developed lasting friendships among those who shared in the many spheres of his life, including his neighbors in Riverdale, New York, where he lived for over thirty-five years; his paddleball partners; his colleagues and students at Columbia University; fellow fans of Columbia Lions and New York Giants football teams; and fellow stamp collectors. He had great love for dogs and, later in his life, for cats; he was particularly attached to Monroe, a large, tuxedo male cat who shared with his owner a good-natured tolerance and very social personality. In addition to two daughters and three grandchildren, he is survived by his second wife, Ruth.

Mel will be remembered by generations of Columbia students and scores of Weidlinger Associates’ employees and numerous professional colleagues for the generous and caring spirit with which he nurtured their careers.

Next: Milo C. Bell »
Memorial Tributes: Volume 10 Get This Book
×