Get This Book
Visit NAP.edu/10766 to get more information about this book, to buy it in print, or to download it as a free PDF.
« Previous: John Larry Duda
Page 116 Share Cite
Suggested Citation:"Maxim A. Faget." National Academy of Engineering. 2008. Memorial Tributes: Volume 12. Washington, DC: The National Academies Press. doi: 10.17226/12473.
× 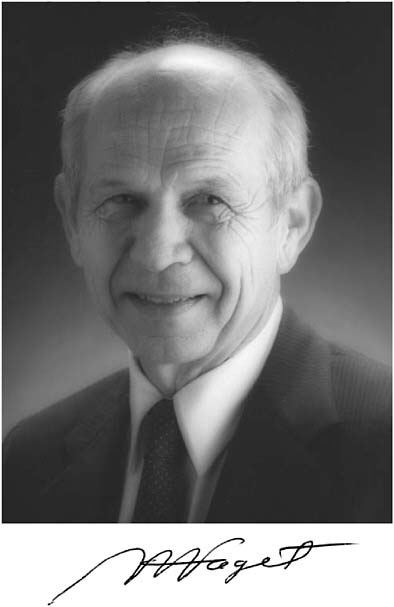 “For contributions to the design and engineering of the Mercury and Apollo spacecraft.”

MAXIME A. FAGET, inventor of the Mercury spacecraft and chief NASA engineer for every manned spaceship developed and flown by NASA, probably until 2010, died on October 9, 2004, at the age of 83. The director of engineering and development at the NASA Johnson Space Center in Houston, Texas, from 1961 until his retirement in the summer of 1981, Faget is widely recognized by his colleagues as the father of the Mercury, Apollo, and Space Shuttle spacecraft.

Max Faget was born in Stann Creek, British Honduras (now Belize), on August 26, 1921. His father, Dr. Guy Faget, was a noted specialist in tropical diseases, and his mother was a health care worker. Both Americans, his parents were employed by the British government to serve in the clinics of this British colony because most British physicians at the time (in the aftermath of World War I) were still serving in England or France.

Max attended San Francisco Junior College in California, but when his parents moved to Louisiana to oversee this country’s leprosarium, he enrolled at Louisiana State University (LSU), where he received a bachelor of science degree in mechanical engineering in 1943. After Max died, LSU established a permanent endowed chair in engineering in his honor.

Upon graduation, Max immediately went into the U.S. Navy, where, as a submarine officer, he was in active combat toward

the end of World War II. Thus it is not surprising that the first design of the Mercury capsule featured a periscope rather than a window.

After the war, Max was hired by the National Advisory Committee for Aeronautics (NACA, which later became NASA) Division of Pilotless Aircraft Research, an engineering and design team that flew rocket-powered models of airplanes and missiles to supersonic velocities to obtain aerodynamic data. During this time, he was exposed to the idea of space flight and the methods one might use to deal with the high temperatures and dynamic pressures caused by the hypersonic velocities of space vehicles. At NACA, Max became an expert on supersonic inlets, ramjets, and the heating and aerodynamic properties of blunt bodies. He also contributed directly to the design of the X-15, an experimental aircraft that flew at speeds up to Mach 6.

In 1957, shortly after the successful flight of Sputnik, the first artificial satellite to orbit Earth, Max joined a small group of individuals in the NACA Space Task Group investigating ideas to make human space flight possible. By the summer of 1958, he had conceived and proposed the development of a blunt-bodied, one-man spaceship for Project Mercury, the goal of which was to put an American into Earth orbit. The first drawing of this spacecraft, by C.C. Johnson, chief designer of Max’s engineering concepts, was completed in June 1958, a full three months before NASA itself was formed.

The complete list of Max Faget’s honorary and professional awards takes up two full pages in his biography. A partial list includes NASA medals for outstanding leadership, for distinguished service, and for exceptional engineering achievement; honorary doctorates of engineering from the University of Pittsburgh (1966) and LSU (1972); the Goddard Astronautics Award from the American Institute of Aeronautics and Astronautics; and the Arthur S. Flemming Award. In recognition of his work on the design of the Mercury and Apollo spacecraft and the Space Shuttle, he was inducted into the National Inventors Hall of Fame and National Space Hall of Fame in 2003, the centennial year of the Wright brothers’ first

manned, powered flight of a heavier-than-air craft. In 1970, he was elected to the National Academy of Engineering. Among Max’s patents are the Mercury capsule, the “Aerial Capsule Emergency Separation Device” (the Mercury escape tower designed for use in a launch emergency), and the “Survival Couch” (the device that makes high-g-force reentry of the Mercury capsule safe for the astronaut).

In the early 1970s, he applied for a patent on an early version of a reusable space transportation vehicle (the Space Shuttle), an award that was not pursued to completion because of the many design changes subsequently made to the Space Shuttle to meet additional requirements. This early concept of Faget and Johnson envisioned a one-piece solid rocket booster and an orbiter with short stubby wings. Some years later Challenger was lost due to multipiece boosters, and Columbia was lost due to its large, delta-shaped wings. Thus, ironically, each accident was caused by a design flaw that would not have existed in Faget’s original concepts.

After his retirement from NASA, Max continued to contribute to the U.S. space program. As a visiting professor, he taught graduate-level courses in spacecraft design at Rice University and the University of Houston. In addition, he was a vice president of Eagle Engineering in the early 1980s, and then founder and president of Space Industries Inc. near the Johnson Space Center in Houston. Space Industries was created to engineer and build an inexpensive space station (the Industrial Space Facility, engineered by Max Faget and designed by his long-time colleague, C.C. Johnson), a facility that would remain in Earth orbit and be designed to complement the capabilities of the Space Shuttle fleet being flown by NASA.

Although the project was never completed, in large part because of the loss of Challenger in 1986, Max’s work ethic, approach to solving tough engineering problems, and overall vision of excellence enabled his colleagues to continue in other lines of business. Max continued to be a senior advisor to the company, which eventually became Veridian, a publicly traded corporation with annual revenues of more than $1 billion and a workforce of about 8,000 engineers, scientists,

and technologists. The top technical award given annually in the company was, of course, the Max Faget Award.

Toward the end of his life, Max Faget was asked which of his accomplishments had given him the most satisfaction. Was it true, he was asked, that he was the “chief designer” of American spaceships comparable to Korolyov (“chief designer” of all Soviet space vehicles)? Max answered, “The U.S. is not that kind of country. The king does not appoint a royal spaceship designer.” He then pointed to a picture behind his desk of John Paul Jones, often called the father of the American Navy and one of Max’s longtime heroes, beside several impressive ships. The caption read: “I wish to have no connection with any ship that does not sail fast, for I intend to go into harm’s way.”

“I believe I’ve followed Jones’s advice very well,” Max said. “I am most proud of contributing to the conception and design of very fast ships indeed, ships which traveled into harm’s way with remarkably good success.”

Max was preceded in death by his wife Nancy in 1994. He is survived by four children, Ann, Carol, Guy, and Nanette, a daughter-in-law, two sons-in-law and 10 grandchildren.

Next: Richard H. Gallagher »
Memorial Tributes: Volume 12 Get This Book
×