Get This Book
Visit NAP.edu/10766 to get more information about this book, to buy it in print, or to download it as a free PDF.
« Previous: Alan S. Michaels
Page 216 Share Cite
Suggested Citation:"A. Richard Newton." National Academy of Engineering. 2008. Memorial Tributes: Volume 12. Washington, DC: The National Academies Press. doi: 10.17226/12473.
× 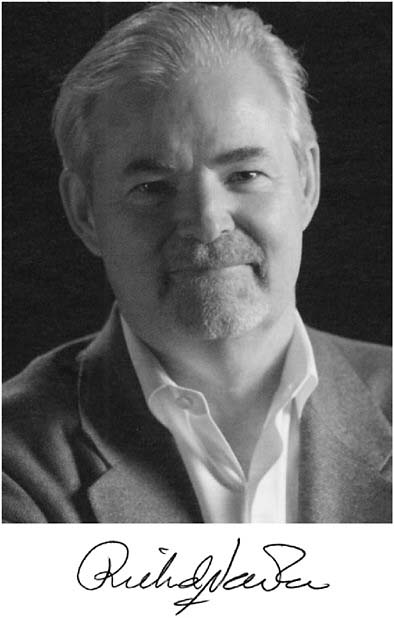 A. RICHARD NEWTON, professor and dean of the College of Engineering at the University of California, Berkeley, a visionary leader in education and technology and a pioneer in electronic design automation (EDA) and the design of integrated circuits, died on January 2, 2007, at the age of 55, after a short bout with pancreatic cancer. With his eloquence and personal magnetism, he attracted widespread attention to the crucial role of engineers in tackling difficult challenges, particularly challenges facing developing nations.

Born in Melbourne, Australia, on July 1, 1951, Newton was a dedicated educator, researcher, and businessman. Long recognized around the world for his pioneering work in design technology, electronic system architecture, and integrated circuit design, more recently he became known for creating CITRIS (Center for Information Technology Research in the Interest of Society) in 2001, with the goal of bringing together researchers from many disciplines to find technological answers to the social problems plaguing the world. His hope and goal was to educate the next generation of engineers, especially women, to develop those technologies.

Newton was also instrumental in the establishment of the Berkeley Center for Synthetic Biology, which was launched in 2006 with a $16 million grant from the National Science Foundation. He understood the emerging field of synthetic biology as the application of engineering principles to the life sciences.

Newton’s interest in engineering was sparked by long hours spent in his father’s garage, tinkering with radios and TVs. His formal engineering education began at the University of Melbourne, where he received a B. Eng. and M. Eng. Sci. in 1973 and 1975, respectively. A fortuitous meeting in Melbourne with Donald Pederson, a professor at the University of California (UC), Berkeley, changed his life.

Pederson recognized Newton’s skill and ingenuity and invited him to join a team in Berkeley working on a computer program to simulate the operation of integrated circuits. Newton’s work on this project kick-started his lifelong interest in EDA. Pederson and Newton worked together to improve SPICE (simulated program with integrated circuit emphasis), a simulation program that enables engineers to analyze and design complex electronic circuitry quickly and accurately. SPICE was then presented to peers for review and improvement, becoming the prototypical example of open-source software. Virtually every electronic chip developed in the world today uses SPICE or one of its derivatives.

After earning his Ph.D. from Berkeley in 1978, Newton spent six months traveling and living in a rural village in India before he began looking for a faculty position. Paul Gray, former executive chancellor and provost of UC Berkeley (and Newton’s predecessor as dean of the College of Engineering), was one of the faculty members who decided to hire Newton. As Gray recalls: “We did something we never did. We never hired our own graduate students. We just never did that. It was policy. But in Rich’s case, we had to. We knew we could not let such a brilliant individual go to work for an institution we were competing with. He was too good to let go.”

Newton went on to become a brilliant teacher and researcher. He helped to found a number of design technology companies,

A trusted advisor in the commercialization of emerging technology, Newton served on a number of advisory boards, including the technical Advisory Board of Microsoft Research Laboratories, Lightspeed Semiconductor, Radiata (now a Cisco company), Sonics, Inc., Airgo Networks, Pharmix, and Form Factor. He also served as a member of the board of directors of several companies, including Synopsys and Tensilica. In the venture capital community, he was a venture partner with the Mayfield Fund and Tallwood Venture Capital.

Newton’s most important legacy, however, was his work for the good of humanity, such as CITRIS, the Berkeley Center for Synthetic Biology, and the many projects he inspired. Richard Blum, a San Francisco financier, philanthropist, and vice chair of the UC Board of Regents, credits Newton with helping develop the concept for the Richard C. Blum Center for Developing Economies, a major multidisciplinary campus initiative launched in April 2006 with a $15 million gift from Blum. “It was his idea that we should use UC’s innovative technologies to help developing countries,” said Blum. “His death is a huge loss for UC and for society.”

“Rich Newton was a man of incomparable vision,” said UC Berkeley Chancellor Robert Birgeneau. “Dynamic and entrepreneurial, he understood the power of engineering and technology in entirely new ways, and he connected them to addressing society’s toughest problems. The vibrancy of his thinking shaped my own ideas about what engineering is and what it can be. [His death] … is an enormous loss for us at

UC Berkeley, for California, and indeed for the international engineering community.”

Outside of academia and research, Newton was an avid reader and student of spiritual and alternative philosophy. Formative visits to Asia and South America inspired a lifelong interest in Eastern Philosophy and Tibetan Buddhism. He was a poet, writer, and occasional painter. Newton lived in Orinda, California, with his German-born wife, Petra Michel, a theoretical physicist and publisher, and their two children, Neris (13) and Amrita (11).

Next: Charles Noble »
Memorial Tributes: Volume 12 Get This Book
×