Get This Book
Visit NAP.edu/10766 to get more information about this book, to buy it in print, or to download it as a free PDF.
« Previous: Chalmer Gatlin Kirkbride
Page 162 Share Cite
Suggested Citation:"Hendrick Kramers." National Academy of Engineering. 2008. Memorial Tributes: Volume 12. Washington, DC: The National Academies Press. doi: 10.17226/12473.
× 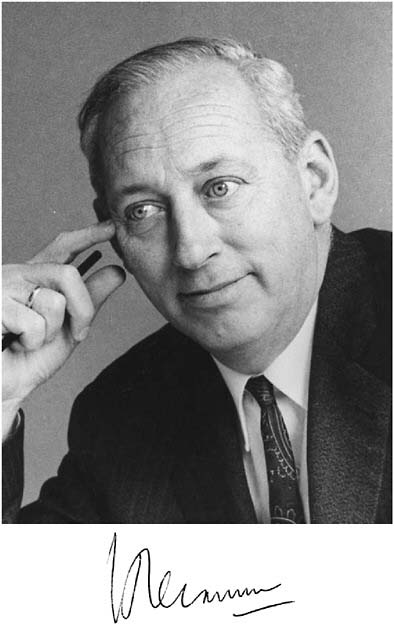 “For leadership in Dutch industry, education, and professional societies and research on chemical reactor design, separation processes, and process control.”

HENDRIK KRAMERS (usually called Hans), formerly a member of the Governing Board of Koninklijke Zout Organon, later Akzo, and presently Akzo Nobel, passed away on September 17, 2006, at the age of 89. He became a foreign associate of the National Academy of Engineering in 1980.

Hans was born on January 16, 1917, in Constantinople, Turkey, the son of a celebrated scholar of Islamic studies at the University of Leiden (Prof. J.H. Kramers, 1891-1951) and nephew of the famous theoretical physicist at the same university (Prof. H.A. Kramers). He pursued the science preparatory curriculum at a Gymnasium (high-level high school) in Leiden from 1928 to 1934. Then, from 1934 to 1941, he was a student in engineering physics at the Technische Hogeschool in Delft (Netherlands), where he got his engineer’s degree (roughly equivalent to or slightly higher than an M.S. in the United States).

professor be appointed. This new professor was Hans Kramers, who at the time was only 30 years old and had but one publication to his name.

Hans readily took up this tremendous challenge. He took upon himself the development of “engineering physics” (applied transport phenomena, chemical-reactor operation, and process control), and the original work he and his students performed resulted in many publications that are still recognized as classics. The experimental set-ups in the laboratory were often homemade and cleverly designed, and the students genuinely enjoyed their work.

Hans was an inspiring teacher who always tried to bring out the best in his students. Although he could be critical and demanding, he knew how to couple his criticisms with a friendly smile and a twinkle in his eye. He supervised 160 students through their engineering degrees and directed the Ph.D. theses of 15 students. Hans and his students published about 70 scholarly papers, mostly in chemical engineering journals. Although the number of publications per year was modest, their quality was high, because Hans was reluctant to publish anything that was not really new.

Besides his contributions to research, Hans’s effectiveness as a teacher was demonstrated by the number of prominent positions in research, engineering, and management held by his former students in the Dutch (and very international) chemical industry during the second half of the twentieth century. Ten of his former students became university professors; thus, part of his legacy is the continuing education of outstanding engineers in the Netherlands.

During his Delft period, Hans prepared a set of mimeographed lecture notes called Physische Transportverschijnselen (1956), the first attempt to teach the subject of transport phenomena and its applications to chemical engineering. In addition, he coauthored, with K.R. Westerterp, Elements of Chemical Reactor Design and Operation (Netherlands University Press, 1963). He also spent the first half of 1955 as a visiting professor at the University of Minnesota.

In the fall of 1957, the University of Wisconsin began teach-

ing transport phenomena to chemical engineering students, which led to the publication of Notes on Transport Phenomena (John Wiley, 1958), by R.B. Bird, W.E. Stewart, and E.N. Lightfoot. Bob Bird spent the spring semester of 1958 at Hans Kramers’s laboratory in Delft, where he taught transport phenomena and produced a set of class notes, Transportverschijnselen in Stromende Media (1958), with the assistance of B. van Nederveen (later CEO of Hoechst Nederland). Hans and Bob engaged in many fruitful discussions and developed a lifelong friendship, and Bob considers his interactions with Hans Kramers very important to his own professional development.

Hans felt very strongly that Europeans should work together across national boundaries to adapt to a rapidly changing world. In 1963, he left the laboratory he had founded and nurtured to take a job as the first scientific director of Euratom, in Ispra, Italy. Fluent in several languages and an international authority in engineering physics, Hans was ideally suited for this job, which required an understanding of the interests of participating countries. Here his talents as an administrator came to the fore.

From 1968 to 1979, Hans was a member of the Governing Board of Koninklijke Zout Organon, later Akzo, and still later Akzo Nobel, located in Arnhem, Netherlands. He was responsible for research and development and engineering during a difficult period of mergers, reorganizations, and the development of new modes of operation. With his leadership style of coaching and encouraging, rather than directing, Hans was a great success. He was a strong believer, both at Akzo and in his many other activities, that people not remain in one job for too long: Board memberships should be limited to two terms; members in scientific and professional organizations should leave five or so years after retirement; and a person starting on a new assignment should consider beforehand how and when to get out.

Hans Kramers served on the following councils and committees in the Netherlands: chairman, Industrial Development Council of the Ministry of Economic Affairs (1979-1986); chairman, Advisory Committee on the Future of the Laboratories

Despite his exalted positions and the many honors bestowed on him, Hans remained quiet and unassuming, amiable, and full of good humor. In his honor, the Technische Universiteit in Delft has named the laboratory he founded the Kramers Laboratorium.

Hans was also a family man. Asked by one of his young sons about his ambitions, he answered that the most important one was to see his children find their way. He and his wife created a trustful home for their children, which was also a common meeting place for the wider family. Hans taught his children and grandchildren to find simple solutions for complex problems,

using cheap, effective, and sometimes unorthodox tools. After his retirement, he gradually retreated from the many commitments he was still involved in, and he devoted his time to many issues in the home and the garden, such as woodworking and building compost systems, as well as to the old farm the family had rented in Tuscany for many years. He will always be remembered in his family for his riddles and unexpected funny stories. His and his wife’s positive and constructive way of looking at life has been continued by the generations that followed.

Hans was survived for just over one year by his wife Lies, who died on November 20, 2007, and by his five children (Pieter, Jan Dirk, Annelies, Pauline, and Nanette), nine grandchildren, and one great-grandchild.

Next: Thomas Duane Larson »
Memorial Tributes: Volume 12 Get This Book
×