Get This Book
Visit NAP.edu/10766 to get more information about this book, to buy it in print, or to download it as a free PDF.
« Previous: Robert R. Berg
Page 46 Share Cite
Suggested Citation:"Frederick Stucky Billig." National Academy of Engineering. 2008. Memorial Tributes: Volume 12. Washington, DC: The National Academies Press. doi: 10.17226/12473.
× 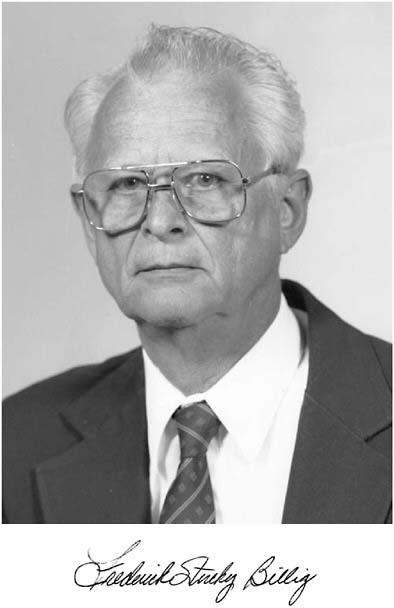 “For analytical and experimental contributions to supersonic/hypersonic combustion and ramjet engine technologies.”

BY BEN T. ZINN AND JOSEPH A. SCHETZ

FREDERICK STUCKY BILLIG, a pioneer in the field of high-speed air-breathing propulsion, died on June 1, 2006, at the age of 73. Fred was elected to the National Academy of Engineering in 1995.

Born on February 28, 1933, in Pittsburgh, Pennsylvania, Fred grew up and spent his adult life and career in the Maryland suburbs of Washington, D.C. Always an avid sports fan, as a boy he participated in many contests on baseball statistics. While attending Johns Hopkins University (JHU), he contributed to the cost of his schooling by taking part-time jobs, which included assisting in the design of antennas for radio stations.

After completing his B.E. in mechanical engineering at JHU in 1955, Fred joined the Applied Physics Laboratory (APL) there and began working on hypersonic propulsion and vehicles. In the early days, he was mentored by Drs. William Avery and Gordon Dugger. Fred was very productive in those early years, and the important contributions made by him and his group are reflected in the many patents and publications that bear their names. In recognition of Fred’s contributions to the field, he was promoted to the position of senior engineer and supervisor of hypersonic ramjets in 1963. During that period, Fred was also a part-time graduate student in mechanical engineering at the University of Maryland, where he obtained an M.S. in 1958 and a Ph.D. in 1964.

Fred received numerous awards during his long career. Early on, he earned the Phi Kappa Phi Outstanding Graduate Student Award (1964), Distinguished Young Scientist Award from the Maryland Academy of Science (1966), and Silver Medal for the Outstanding Paper at the 12th International Symposium on Combustion (1970). In the 1970s, Fred accepted a new assignment in the Submarine Security Program at APL/JHU, a critical national security program to which he made significant contributions. He later returned to the Aeronautics Department at APL, where he rose to the position of chief scientist in 1987.

Fred was always interested in students and education, and he taught graduate courses at the University of Maryland, serving as an adjunct professor in the Department of Aerospace Engineering from 1964 to 1989, and at Virginia Tech. In fact, he served on Ph.D. committees at Virginia Tech up until the time of his death. He was also widely known in his neighborhood as someone who was willing to help the school-age children of neighbors and friends with their homework. In addition, he mentored a number of young researchers at APL/JHU who subsequently rose to positions of prominence.

Fred was very active in professional societies, primarily the American Institute of Aeronautics and Astronautics (AIAA) and the International Society on Air Breathing Engines (ISABE), of which he was a founding member. He became a fellow of AIAA in 1978 and presented the Honorary AIAA Dryden Research Lecture in 1991. He also served on many government committees and panels sponsored by the U.S. Navy, National Aeronautics and Space Administration, and U.S. Air Force (USAF), including the USAF Scientific Advisory Board. Fred was a key contributor to the National Aerospace Plane (NASP) Program, for which he was honored with the Pioneer Award in 1991. For his lifetime of work in the scramjet field, he earned the USAF Meritorious Civilian Service Award, the Bondaruck Award from the Soviet Academy of Sciences, and the USSR Aviation Sport Federation Award, all in 1992. He received the Engineering Innovation Hall of Fame Award

from the University of Maryland Clark School of Engineering in 1997.

Fred “retired” from APL/JHU in 1996 to become the full-time president of Pyrodyne Inc., a position he held at the time of his death. Even in his later years, he continued to make significant technical contributions and to mentor young researchers. Fred leaves a rich legacy of pioneering ideas and publications and many active engineers whose careers he influenced and promoted. These engineers will continue to pursue Fred’s dream of developing a practical, hypersonic, air-breathing vehicle.

Fred enjoyed golfing and swimming and was looking forward to retiring to his home in Florida. He was a loving husband, father, and grandfather, as well as a wonderful friend to people throughout the United States and abroad.

He was preceded in death by Peggy, his wife of 50 years. He is survived by his four children: Linda Baumler and husband Robert, Donna Bartley and husband Dave, Fred Billig and wife Trish, and Jimmy Billig and wife Stephanie. He is also survived by 10 grandchildren, whom he adored: Bobby, Jennifer, Christina, Marissa, Lauren, Christopher, Kelly, Stephen, Jackie, and Caroline.

Next: Richard Henry Bolt »
Memorial Tributes: Volume 12 Get This Book
×