Get This Book
Visit NAP.edu/10766 to get more information about this book, to buy it in print, or to download it as a free PDF.
« Previous: William Oliver Baker
Page 34 Share Cite
Suggested Citation:"Howard C. Barnes." National Academy of Engineering. 2008. Memorial Tributes: Volume 12. Washington, DC: The National Academies Press. doi: 10.17226/12473.
× 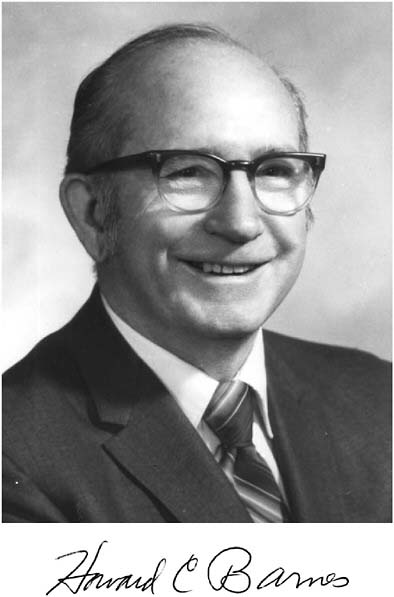 “For leadership in projecting electric power transmission to 765 kV and researching the 1000-1500 kV range.”

HOWARD BARNES, one of the world’s leading power engineers, was recognized internationally for his role in the development of state-of-the-art power-system protection concepts and the promotion of extra-high-voltage (EHV) transmission systems for medicine and other applications. It was his work on the 765kV lines (with Philip Sporn & AEP’s backing) which led to the creation of the Johns Hopkins University research project that resulted in the development of the “defibrillator.” Born in Terre Haute, Indiana, in 1912, Howard died on May 16, 2003, at the age of 91.

His career in electrical-power engineering and management spanned more than 40 years. He was a senior vice president and manager of the Power Systems Division and a member of the Board of Directors at Charles T. Main Inc., an electrical engineering consulting firm. Before assuming this position, he was assistant vice president of engineering at American Electric Power (AEP), one of the country’s leading electric utilities.

Howard received his B.S.E.E., with honors, from the Rose Polytechnic Institute (now Rose-Hulman Institute of Technology) and was awarded an honorary doctor of engineering degree. He continued postgraduate studies at the University of Michigan, Adelphi College, and Massachusetts Institute of Technology. He was a member of Tau Beta Pi, a fellow of IEEE, and a registered professional engineer in

Massachusetts, New York, Ohio, Kentucky, Arizona, and Virginia. In 1974, he was elected to membership in the National Academy of Engineering (NAE).

Howard received the IEEE Power Life Award for his work on the physical and medical effects of AC electric-field effects, the Habirshaw Medal, and the IEEE Meritorious Service Award. He was the first president of the IEEE Power Engineering Society and later chaired the committees on power-system protection, power generation and transmission, and power and environmental sciences. He was also active in the Edison Electric Institute (EEI), serving as chairman of the research project steering committees for superconductors in large synchronous machines, UHV, and advanced developments. His international activities included participation in the International Council on Large Electric Systems (CIGRE), where he was chairman of Study Committee 31, Transmission Systems, and a member of the CIGRE Executive Committee.

At AEP, Howard was instrumental in the development of new concepts in power-system protection based on electronics, then solid-state circuits, and then digital relays, which have become the relays of choice throughout the world. He was also intimately involved in the development of EHV transmission systems, the AEP-Westinghouse 500kV Apple Grove Test Program, and the AEP-ASEA 2000kV Test Station. As deputy chief engineer, Howard supervised the introduction of AEP’s 765kV transmission system, at the time the world’s highest transmission voltage. A brochure of IEEE technical papers on the design and engineering of this system, coauthored by Howard, is still the best primer available on EHV technology.

Howard was the author or coauthor of more than 50 seminal technical papers presented at IEEE and CIGRE conferences. His expertise ranged from new concepts for power-system protection on 345kV and 765kV transmission systems and safety aspects of bare-hand maintenance to advanced concepts in steam-powered electric generation.

A colleague and protégé of Philip Sporn (president and CEO of AEP and member of NAE and the National Academy of Sciences) and a giant in the electric power industry, Howard

Barnes encouraged his employees to participate in IEEE, EEI, CIGRE, and other engineering and standardizing organizations and paved the way for their advancement and recognition. One of his assistants became CEO of the largest electrical utility in New York City. Another followed him as president of the IEEE Power Engineering Society. Virtually every technical manager in Howard’s employ became a chairman of an industry technical organization.

Howard made it a point to interact socially with all of his employees. Every summer, he and his wife Gen hosted countless engineers and their wives at their home in Levittown, Long Island. Many current leaders of AEP, IEEE, and CIGRE recall these events with affection and gratitude.

Howard was easy to like and quick to grasp new concepts. He embraced and developed new standards of performance for electrical transmission and distribution systems. At a time when electrical demand was doubling every 10 years, new methods and systems affecting every facet of power system hardware and controls had to be integrated with the old without interrupting the reliable, economical delivery of power. And this had to be done in a way that was compatible with environmental regulations. Howard’s projects were always completed professionally and on schedule.

After the death of his wife Gen (his “Bride of 70 Years”) in 2002, he resided with his son and daughter-in-law, Howard A. and Melissa L. Barnes at their home in Green Valley, Arizona. Howard and Gen had three children: a daughter, Dorothy Jo, and two sons, Allen Forest and Howard Allen. He passed on peacefully on May 16, 2003, precisely 71 years from the day he had asked for Gen’s hand in marriage with his most prized professional achievement, the IEEE Power Life Award for

“international leadership in the evolution of systems for the future welfare of society” on the side table.

Howard loved to invent the future. He was stern yet fair and happy on the job, and he treated younger engineers as peers. He knew how to follow a leader, even as he developed his own followers along the way. When Philip Sporn died, it was said that “a giant redwood had fallen.” Howard Barnes was a tree in the same forest.

Next: Robert R. Berg »
Memorial Tributes: Volume 12 Get This Book
×