Get This Book
Visit NAP.edu/10766 to get more information about this book, to buy it in print, or to download it as a free PDF.
« Previous: George A. Samara
Page 246 Share Cite
Suggested Citation:"Reuben Samuels." National Academy of Engineering. 2008. Memorial Tributes: Volume 12. Washington, DC: The National Academies Press. doi: 10.17226/12473.
× 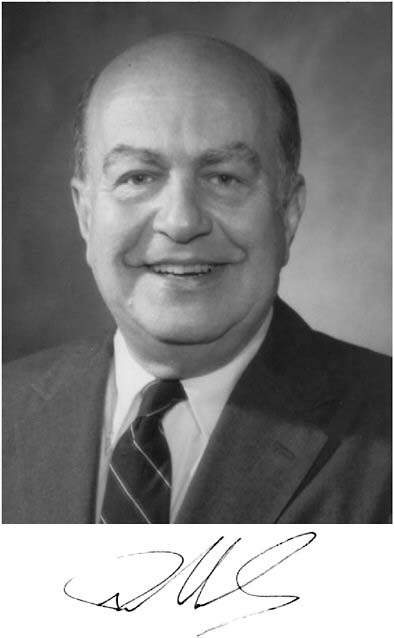 “For leadership in the practice of heavy and underground construction and for improving contracting practices.”

REUBEN SAMUELS, a principal engineering consultant at Parsons Brinckerhoff and a former executive of Thomas Crimmins Contracting Company, died on February 17, 2004, at the age of 78 at his home in Paramus, New Jersey. His passing marked the end of a distinguished career in civil engineering that spanned more than half a century. An internationally recognized expert in underground engineering and heavy construction, Reuben Samuels oversaw foundation work for some of New York City’s most prominent buildings. His commitment to quality engineering was matched by his personal commitment to education, both in his profession and in the community where he lived.

Reuben was born on January 11, 1926, in the village of Suffern, New York. After enlisting in the Navy, he attended the Massachusetts Institute of Technology from 1943 to 1944. He continued his education at Dartmouth College and graduated in 1946 with a BSCE in civil engineering. After serving a year as an ensign in the U.S. Navy Civil Engineering Corps at Port Hueneme in California, Reuben attended the Graduate School of Engineering at Harvard University, where he received an MSCE in soil mechanics in 1948.

For the next two years, he was employed as a soil and foundation engineer at Moran, Proctor, Freeman & Mueser (now Mueser Rutledge Consulting Engineers). Established by foundation engineering pioneer Daniel E. Moran, the firm was an excellent launching pad for Reuben’s professional career. From 1951 to 1954, however, he decided to return to the academic environment for studies in the doctoral program at Harvard. During that time, he was a teaching assistant to Professors Karl Terzaghi and Arthur Casagrande.

In 1954, Reuben began a long, intensely productive career at the Thomas Crimmins Contracting Company in New York City, a firm founded in 1848 that specialized in foundations and underground construction. He joined the firm as an engineer and estimator, was soon elected treasurer, and in 1956 became a director. He became chief engineer at Crimmins in 1957, vice president in 1963, president of Crimmins, Samuels & Associates in 1980, and president of Crimmins Constructors in 1987. He became chairman of the board in 1986.

At Crimmins, Reuben oversaw work on a wide range of projects, including foundation engineering and construction for several landmark buildings in New York City, including the MetLife Building on Park Avenue (originally known as the Pan Am Building), the largest commercial office building in the world when it was completed in 1963; the CBS Building on Manhattan’s west side, a massive 38-story tower completed in 1965; the Ford Foundation Building on the east side of Manhattan, completed in 1968, with offices arranged around a 12-story atrium; the 53-story office building at 55 Water Street, completed in 1972, which replaced the Pan Am Building as the world’s largest commercial office building; the 57-story office tower at One Penn Plaza near Madison Square Garden, also built in 1972 (where Reuben later worked as a senior consultant at Parsons Brinckerhoff); and the 68-story Trump Tower on Fifth Avenue in Manhattan, completed in 1983. Reuben also worked on the development of power plants and utilities, water-treatment facilities, airport terminals, hotels, shopping malls, educational buildings, and entertainment facilities designed for huge audiences.

During his career, Reuben continued to refine the technical skills that eventually made him a recognized expert in foundations, underpinning, soil and rock work, tunneling, and open-cut subway design. He wrote several articles on close-quarter blasting methods for Civil Engineering during the 1960s; coauthored the Construction Rock Work Guide, published in 1972; and contributed to the chapter “Soil Mechanics and Foundation Engineering” in the Dictionary of Architecture and Construction, published in 1975. He also wrote several articles published in Civil Engineering and World Tunneling and made numerous technical presentations at professional conferences.

Over the many years of his career, Reuben was a guest lecturer at some of the top engineering schools in the country, including Cornell University, Columbia University, Cooper Union, Pratt Institute, New York University, Polytechnic University, and Rutgers University. He was also a licensed professional engineer in seven states and the District of Columbia.

Reuben was active in major professional organizations and devoted considerable energy to promoting the interests of the engineering profession, advancing the state of the art, and supporting academic and professional engineering education. He became a member of the Moles in 1963 and immediately immersed himself in the activities of the Education Committee (over time he also served on special committees and the Executive Committee). He was second vice president and first vice president of the Moles and president in 1973, at the relatively young age of 47. In 1988, he was awarded the organization’s highest honor, the Outstanding Achievement in Construction Award, and, in 2003, he became one of 17 life members, the highest level of Moles membership, which requires 40 years of active participation.

Reuben’s professional activities were not limited to these organizations. As his career expanded, he continued to support effective engineering education, and he took a direct interest in the educational careers of students at his old schools. He was president of the Dartmouth Engineering Society, president of the Harvard Engineering Society, and overseer of the Thayer School of Engineering at Dartmouth. In 1987, he was named a Sylvanus Thayer Fellow at Dartmouth for his contributions to the school.

Reuben’s support for education was also apparent in his life as a citizen. In New Jersey, where he lived for many years, he was president of the Paramus Board of Education and president of the Bergen County Federated School Boards.

In 1992, he joined Parsons Brinckerhoff, a global engineering and management firm based in New York City, as a principal engineering consultant. True to form, he immediately began work as an advisor on some of the firm’s most challenging projects, including the massive Central Artery/Tunnel Project in Boston, the Metropolitan Atlanta Rapid Transit Authority (MARTA), and the Los Angeles Metro Rail system. He was also technical advisor for feasibility studies and cost estimates for the 63rd Street Tunnel Connector in New York City.

Reuben—or “Rube,” as he was known to all—had a complex perspective on life and his work that enriched everyone fortunate enough to work with him. He was born at a time when engineering was truly a measure of the strength and progress of a society, not simply a practical way to meet its needs. He witnessed extraordinary growth in one of the world’s greatest cities—New York—and helped to make it happen. He devoted a remarkable amount of energy to supporting and strengthening his profession through his active participation in many organizations. And along the way, he found time to reach out as a mentor to those just starting out on the path he had taken—at the schools he had attended, in the community where he lived, and in the companies where he worked.

Rube was passionate about many aspects of life: engineering, mountains (particularly the Matterhorn), opera, rhododendrons, the Yankees—and he pursued his interests fully.

He left behind his beloved wife Diane (who died in 2006), his son Adam and daughter Julie, his son-in-law Barry, and his granddaughters Alyssa and Monica. His many friends and colleagues will greatly miss his insight, his encouragement, and the personal and professional steadfastness that guided him, and others, so well for so long.

Next: Dudley A. Saville »
Memorial Tributes: Volume 12 Get This Book
×