Get This Book
Visit NAP.edu/10766 to get more information about this book, to buy it in print, or to download it as a free PDF.
« Previous: Alan Manners Voorhees
Page 328 Share Cite
Suggested Citation:"Paul Weidlinger." National Academy of Engineering. 2008. Memorial Tributes: Volume 12. Washington, DC: The National Academies Press. doi: 10.17226/12473.
× 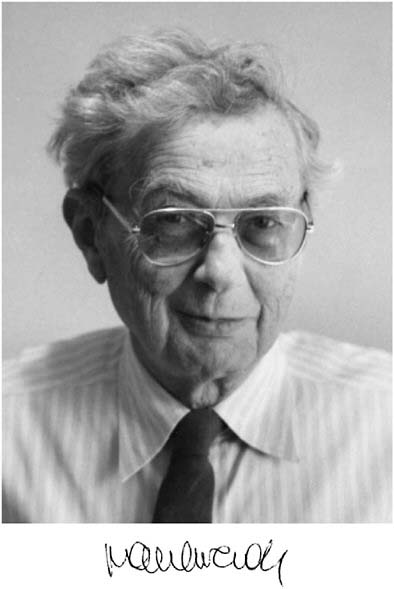 “For innovative contributions to structural engineering and outstanding contributions in the design of steel and reinforced concrete structures.”

PAUL WEIDLINGER, principal of Weidlinger Associates Inc., died on September 5, 1999. Paul was born in Budapest, Hungary, on December 22, 1914, and educated at the Technical Institute in Brno, Czechoslovakia, and later at the Swiss Polytechnic Institute, where he completed his studies in 1937. After graduation, pursuing his interest in architecture and design, he apprenticed with both Moholy-Nagy and Le Corbusier. At the start of World War II in Europe, he left to take a position as professor at San Andres University in La Paz, Bolivia, where he remained for four years, teaching and designing dams, before he was able to immigrate to the United States.

Paul worked for aircraft companies and housing agencies, which led to a growing interest in industrialized construction, and, in 1948, he established his own consulting firm. Through contacts with fellow Hungarian émigrés, he was able to obtain positions as visiting lecturer at both the Massachusetts Institute of Technology and Harvard University. Meanwhile, as his consulting practice grew and his keen intellect and talent as a designer became known, he attracted the attention of many of the twentieth century’s major architects. For example, with Antonin Raymond, he produced a unique antiseismic design for the Reader’s Digest building in Tokyo.

He also developed a close professional and personal association with Gordon Bunshaft. Paul, cigarette in hand, and Gordon, puffing on a pipe, would discuss, argue, and negotiate the subtleties of particular designs, each pushing the other to the limit. Gordon would take a fat pencil in hand, saying, “Now, don’t lose your lunch,” as he sketched a perfectly proportioned structure. “The column is too slender,” Paul would say, grab his own pencil, and overwrite Bunshaft’s sketch, saying, “The beam could be shaped like this.” Together they produced the iconic design for the Banque Lambert in Brussels with its delicate precast concrete façade joined by stainless steel hinges. This was followed by the One Liberty Place tower in Manhattan with the first-ever exposed-steel structure.

With Marcel Breuer, he designed the hyperbolic concrete faces of the St. Francis de Sales Church in Michigan. Following the precepts of Le Corbusier, he designed a number of structures with Jose Lluis Sert, and with Walter Gropius, he prepared the design for the University of Baghdad. When asked why he would undertake risky architectural commissions rather than more lucrative and less restrictive government research projects, Weidlinger said simply that he loved architecture and, “if a building is good and appropriate for its purpose, then I like to get involved.” His growing reputation also brought him into contact with Picasso, Dubuffet, and Noguchi, with whom he designed the structures for the large environmental sculptures that grace plazas in Chicago, New York, and Paris.

Ultimately, Paul’s deep interest in mathematics and physics led him in a different direction that was to engage him for 40 years. Using his structural expertise, he developed concepts to determine how close a structure could be to a nuclear explosion at ground zero and still survive. Together with Mario Salvadori, he showed that the answer is 50 times closer than was previously believed. From that early study in 1955, he established a practice that specialized in developing protective designs against the effects first of nuclear weapons and, more recently, conventional weapons and terrorist attacks. He was a major figure in this arena in his later years.

Weidlinger’s interest in the possibilities of engineering led him to develop advanced concepts for structures, some of

which have yet to be built. To cover an oil refinery, he proposed an air-supported fabric roof spanning more than 2 kilometers. For an airport to be built offshore in the ocean, he proposed an assembly of floating units consisting of prefabricated concrete cylinders that could be built in a dry dock, floated out to an assembly point, and attached with tension cables to anchors on the ocean floor. For a 120-meter-diameter radio antenna, he proposed a steel-trussed structure with active deformation-compensating cable ties that would permit the antenna’s surface to retain its shape to within 2 mm during the complex movement of the dish. For a long-span bridge for the Great Belt in Denmark, he developed the concept of a tubular, self-anchored, prestressed concrete suspension bridge that would protect users from the harsh environment.

Paul was honored with membership in the National Academy of Engineering and was the recipient of numerous awards, including the Frank P. Brown Medal of the Franklin Institute, the Ernest E. Howard Award, Moissieff Award, the J. James R. Croes Medal of the American Society of Civil Engineers, and the Engineering News Record Construction Industry Award. He also published extensively on structural engineering, the effects of nuclear and conventional weapons on structures, and applied mechanics.

Weidlinger’s leisure hours were taken up with literature, music, and an appreciation of the fine arts. As a humanist, he struggled to arrive at a working philosophy to counterbalance the realities of defense commissions, and he was also concerned with the social impact of political decisions. Paul was an intensely private person who internalized the tragedies in his life, such as the dissolution of his first marriage and the loss of a child. With his second wife, Solveig, he raised two daughters, Jody and Lina, and he loved romping with his twin grandchildren. He was also intensely proud of his oldest son, Tom, a documentary filmmaker.

Up to the time of his death on September 5, 1999, he was still exploring the frontiers of engineering, looking into “super-strength” concrete, and solving mathematical problems. The firm he founded has grown to more than 300 people who are still exploring structural challenges. This is his legacy.

Next: Alvin M. Weinberg »
Memorial Tributes: Volume 12 Get This Book
×