Get This Book
Visit NAP.edu/10766 to get more information about this book, to buy it in print, or to download it as a free PDF.
« Previous: Heinz Heinemann
Page 146 Share Cite
Suggested Citation:"Stanley Hiller, Jr.." National Academy of Engineering. 2008. Memorial Tributes: Volume 12. Washington, DC: The National Academies Press. doi: 10.17226/12473.
× 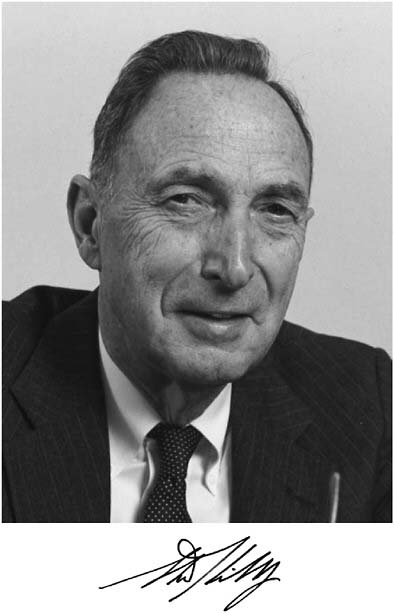 “For leadership in helicopter development with great value to human life, safety, and quality.”

STANLEY HILLER JR., inventor, helicopter pioneer, business leader, and founder of the Hiller Aviation Museum, died April 20, 2006, at the age of 81, from complications of Alzheimer’s disease. Mr. Hiller was born November 15, 1924, in San Francisco to the late Opal Perkins Hiller and Stanley Hiller Sr., who was also a businessman, engineer, aviator, and inventor. Stanley grew up in Berkeley, California. On May 25, 1946, he married Carolyn Balsdon, whom he met at the University of California.

In 1944, while he was still a teenager, Stanley Hiller Jr. designed, built, and taught himself to fly an experimental helicopter. He then formed his own design and manufacturing company that produced more than 3,000 helicopters for military and commercial markets worldwide. The company also produced many prototypes of other innovative vertical-flight aircraft. After leading his own company for more than 20 years, Mr. Hiller began a second career in 1966 when he created the Hiller Investment Company, a management consulting firm that specialized in nonhostile takeovers and corporate revivals of faltering U.S. companies to help them become innovative, flexible, and profitable.

Even as a child, Stanley Hiller Jr. had a prodigious talent for invention and innovation. Sitting in his father’s lap, he learned to fly before he was 10 years old. At age 12, he started

his own business building and marketing miniature gasolinepowered race cars, and within a few years Hiller Industries was producing 350 model cars per month and earning $100,000 per year. During this time, he and his father invented a diecasting machine based on a cooling process that increased the strength of the aluminum castings used in his Comet race car. The invention proved to be so significant that, in 1940, the War Department contracted with Hiller Industries to produce aluminum parts for military aircraft. During World War II, the company had two shifts of employees, seven casting machines, and a payroll of $300,000 per year. Anticipating a postwar decline in the demand for aircraft parts, he conceived ways of using the casting machines to produce aluminum kitchen utensils and briefly manufactured toy water pistols known as the Hiller Atom Ray Gun.

Mr. Hiller’s fascination with the challenges and possibilities of helicopters was stimulated by descriptions of Igor Sikorsky’s experiments with rotary-wing aircraft. Hiller reasoned that a coaxial rotor design without a tail rotor would overcome some of the complexities and instabilities of Sikorsky’s single-rotor configurations. He first built a model, followed by a full-sized helicopter named the XH-44 “Hiller-Copter.” This aircraft was constructed mostly of components scrounged or manufactured by his team of engineers and craftsmen and was powered by a civilian aircraft engine supplied by the War Production Board. Hiller conducted the test flight of the XH-44 himself, teaching himself to pilot it in the process, in Memorial Stadium at the University of California at Berkeley in the summer of 1944. On August 30 of that year, he held a public demonstration in San Francisco—the first successful flight of a helicopter in the western United States.

After a brief association with renowned industrialist Henry J. Kaiser, Mr. Hiller and investors formed United Helicopters Inc. in 1945, later renamed Hiller Aircraft Company. The company’s goal was to capitalize on the postwar market for low-cost helicopters for the general public by offering an improved version of the XH-44. However, this market failed to materialize, and, after a near-fatal crash, Mr. Hiller developed an alternative single-rotor configuration using stabilizing paddles, called the

“rotormatic control system.” This new approach was simpler and more reliable, involved significantly fewer parts than conventional rotor systems, and was considerably easier to fly. Subsequently, more than 3,000 of the famed Model 360 light-utility helicopters and numerous variants were sold to commercial and military customers worldwide. Perhaps the most widely recognized version was the U.S. Army H-23, which was used primarily for battlefield medical evacuations in Indochina and Korea and was popularized in the television series “MASH.”

Not only a pioneer of practical helicopters, Mr. Hiller remained at the top of his field for two decades. He developed creative designs, manufacturing techniques, and business practices and obtained numerous patents. For example, he introduced all-metal rotor blades; the Rotormatic rotor-control system; helicopters powered by tip-mounted ramjets; and a small, collapsible helicopter that was meant to be parachuted behind enemy lines and reassembled in minutes. He and his team also conceived of and demonstrated a wide range of other vertical-flight vehicles, including a tilt-wing vertical takeoff and landing transport aircraft and vertical-ducted-fan “flying platforms.”

After merging Hiller Aircraft into the Fairchild Hiller Corporation, Mr. Hiller left the aviation industry in 1968 to form an entirely new business called the Hiller Investment Company where his creative management skills and techniques helped failing companies turn around and improve their productivity, market share, and profits. Among the many companies he “rescued” were Bekins Company, the moving and storage giant; Levolor Corporation, a producer of window blinds; York International, a large air conditioning firm; and Reed Tool Company, a producer of oil-drilling equipment. When Reed Tool Company was sold to energy giant Baker International, Mr. Hiller helped fashion a merger between Baker and Hughes Tool Company, which became the Baker Hughes Corporation.

In 1998, he founded the Hiller Aviation Museum at the San Carlos Airport in northern California. Mr. Hiller envisioned a unique education and research museum that would display and

explain restored aircraft, replicas, models, and aviation events, with an emphasis on ideas and hardware that originated on the West Coast. Today, the museum highlights the theme of future aircraft and nontraditional challenges and opportunities for young engineers and entrepreneurs. The museum’s contribution to the public understanding of the role and value of modern engineering is a fitting climax to Mr. Hiller’s long career of leadership and service in the finest tradition of the National Academy of Engineering, to which he was elected in 1999. A memorial service was held at the museum on May 5, 2006.

Stanley Hiller Jr. received recognition and awards from a wide range of sources. In 1944, he became the youngest recipient ever of the Fawcett Aviation Award for major contributions to the advancement of aviation. He was a charter member of the American Helicopter Society (AHS), became an honorary fellow of AHS at age 27, and received the prestigious AHS Alexander Klemin Award in 1991. He was awarded the National Transportation Association Award in 1958, the Smithsonian National Air and Space Museum Trophy for Lifetime Achievement in 2002, and the Helicopter Foundation International Heritage Award in 2003. He also served on numerous advisory boards and corporate boards of directors.

His family remembers him as a great father who was devoted to his family. Although Mr. Hillier traveled for work and spent many hours on airplanes, he always managed to spend time with his family. He loved restoring old wooden boats at Lake Tahoe, and he had a passion for boating. The family spent summers cruising from Alaska to Mexico and thru the Panama Canal to Nassau and the Eastern Seaboard. Mr. Hillier loved to find that special place where he could anchor the boat and where the family could spend time together.

His son notes that his dad put together a team and spent over a year working on perpetual motion. He was fascinated with trying to find a way to use magnets to create perpetual energy. Unfortunately, the project was unsuccessful.

Next: William Herbert Huggins »
Memorial Tributes: Volume 12 Get This Book
×