Get This Book
Visit NAP.edu/10766 to get more information about this book, to buy it in print, or to download it as a free PDF.
« Previous: Stanley Hiller, Jr.
Page 152 Share Cite
Suggested Citation:"William Herbert Huggins." National Academy of Engineering. 2008. Memorial Tributes: Volume 12. Washington, DC: The National Academies Press. doi: 10.17226/12473.
× 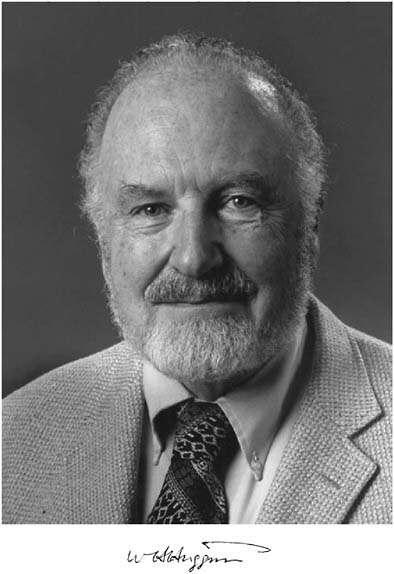 “Contributions to electrical and biomedical engineering through radar and systems research, publications, and pedagogical innovation.”

WILLIAM HERBERT HUGGINS, a professor of electrical engineering at Johns Hopkins University (JHU) from 1954 to 1984, died August 11, 2001, at the age of 82. Born January 11, 1919, in Rupert, Idaho, he received a B.S. and an M.S. in electrical engineering from Oregon State College in 1941 and 1942, respectively. In 1944, he joined the Radio Research Laboratory at Harvard University, and from 1946 to 1954 he was affiliated with the Air Force Cambridge Research Center. From 1949 to 1954 he was also a research associate at Massachusetts Institute of Technology (MIT); he received an Sc.D. from MIT in 1953. In 1954, he joined the faculty of JHU, where he remained until he retired as Westinghouse Professor Emeritus in 1984.

Huggins received the IEEE Browder J. Thompson Memorial Prize Paper Award in 1948 and the U.S. Air Force Decoration for Exceptional Civilian Service in 1954. He also received several teaching awards, including the IEEE Education Award in 1966, and was elected to the National Academy of Engineering in 1970.

Huggins’s early work and publications were on a theory of hearing, electrical-circuit theory, and electronics. His methodical development of an algebraic theory of signal analysis, and a series of technical reports and papers published, with his students, in the 1950s and early 1960s, influenced

the generalization of circuit theory into signal and system theory. He was always a strong advocate for using computers in communication, teaching, and research, and later in his career his work was focused on this burgeoning field.

Huggins arrived at JHU with the rank of full professor and quickly demonstrated his unusual qualities as a teacher—enthusiasm and a rare ability to make complex information seem straightforward by changing the way it is encoded. For example, he established a single course for teaching linear models to students in electrical engineering, mechanical engineering, and chemical engineering. His mastery of the subject matter and his zeal for teaching were accompanied by a deep respect for students, and he maintained contact with many of them, both undergraduate and graduate, long after they left the university. Letters from former students continue to arrive at JHU even today.

In 1960, Huggins arranged for the purchase of the first computer at JHU, an LGP-30 made by National Cash Register Company. This device read paper tape and had 1,024 fixed (8-bit) memory spaces, 512 of which were taken up by the compiler. Huggins’s fascination with this device and his curiosity about its capabilities spread through the Electrical Engineering Department and to other departments. He and a colleague, James Coleman, who later became one of the most productive sociologists of the twentieth century, collaborated with many students and postdocs to introduce computing to JHU and to the Johns Hopkins Hospital.

Huggins was ahead of his time in introducing computer technology into the engineering curriculum and recognizing its potential for helping students learn design. He even wrote a JOBSHOP program by which students could design devices and then simulate their performance. Nevertheless, he also hedged his bets—in addition to commissioning the preparation of a self-teaching text on FORTRAN I, he invested in a lab equipped with personal-analog computers (one for every four students). His enthusiasm for both hardware and software never waned, however, despite disasters like ending up with just 32 seconds worth of movie film after spending his entire sabbatical

year in 1965 trying to generate a computer animation of the mathematical notion of complex phasors. A few years later he endured the frustration of putting a book manuscript on tape (no small achievement at the time) only to have the publisher insist that a paper manuscript be substituted.

No account of Bill Huggins’s life would be complete without mentioning his love and talent for music. An accomplished pianist, he played mostly Bach on his nineteenth-century Steinway. He also kept a clavichord in his office that he tuned and played from time to time. He was generally thought to have perfect pitch. Perhaps his research on the human auditory system was a natural consequence of his passion for music.

Next: Chalmer Gatlin Kirkbride »
Memorial Tributes: Volume 12 Get This Book
×